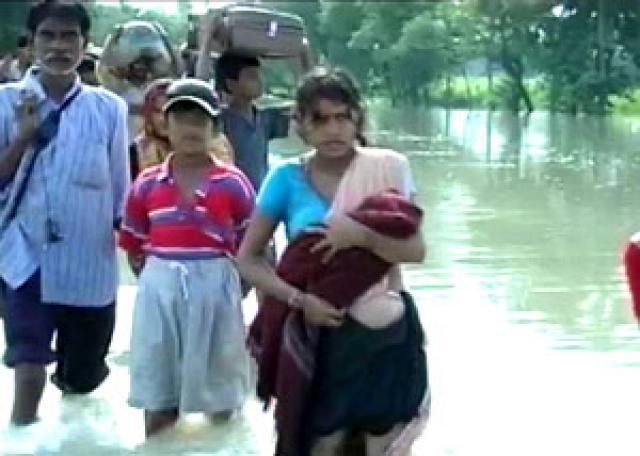 Bihar is witnessing a desperate struggle for survival by more than twenty lakh people who remain marooned by the flooded Kosi river. It’s a precarious situation — relief supplies haven’t reached most of them.

Most of them have moved onto bundhs, railway tracks, highways, which are higher than the surrounding areas.

The only silver lining is a pause in the rain on Saturday, which allowed Air Force helicopters to fly in relief supplies to some places.

Desperate villagers in Madhepura jumped at the food packets dropped by the helicopters. They were the lucky ones. Because no matter how many of choppers are deployed, it is impossible to ensure that everyone gets a packet.

What remains clear though is the magnitude of the devastation.

When Kosi breached embankment at Kusaha in Sunsarui distt in Nepal on 18th of this month, low lying areas of Supaul, Madhepura, and Saharsa in Bihar did not have a chance.

As flood waters rushed in, these people were trapped. Rescuing upwards of 26 lakh people is simply impossible. The IAF helicopters are then the only lifelines. With the weather holding, the IAF has been able to mount extra missions. On Sunday more than 25 tons of aid is likely to make it to people who need it to survive.