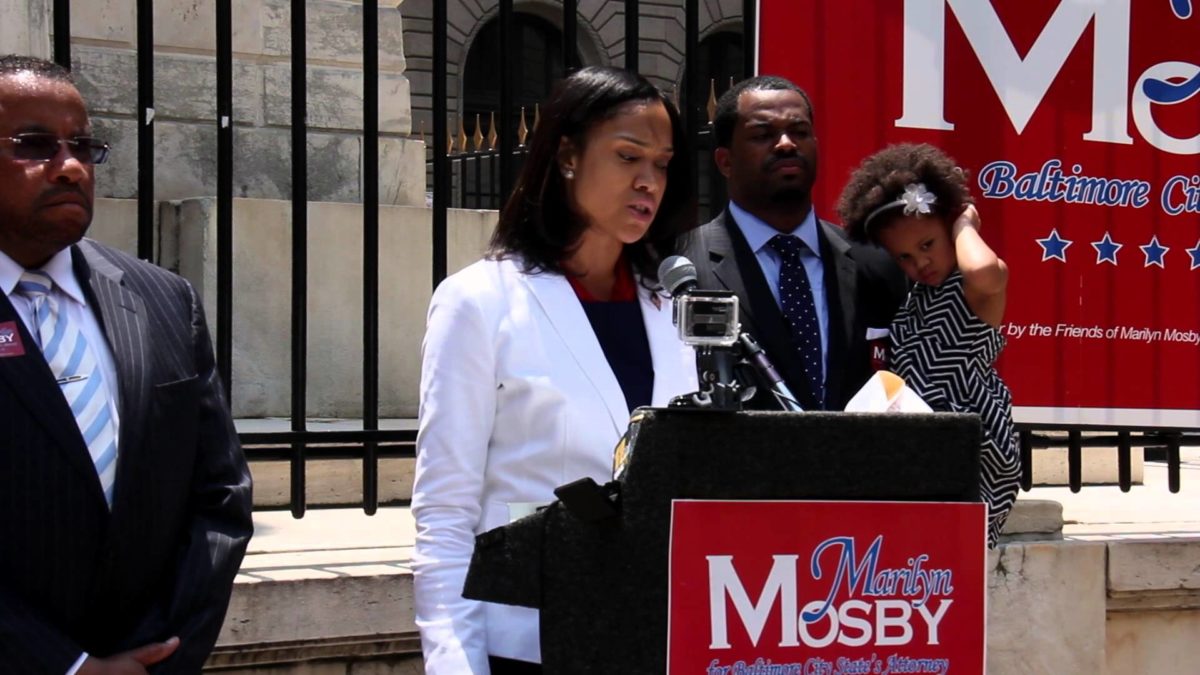 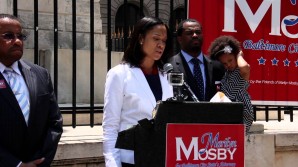 Yet there were more than a few surprises after the votes were counted:

Incumbent Baltimore city state’s attorney, Greg Bernstein, had all the money and endorsements. He had a solid four-year record in office, too.

Yet he got blown away by an inexperienced, 34-year-old lawyer for an insurance company, Marilyn Mosby.

She capitalized on the popularity of her husband, Councilman Nick Mosby, and his ongoing campaign apparatus.

She was aided by former State’s Attorney Pat Jessamy and her followers, who are still angry at her defeat at the hands of Bernstein four years ago.

Racial voting was in play in a city with a lopsided number of African Americans.

But more than anything, Mosby capitalized on Baltimore’s continuing crime wave.

For every Page One murder story, Mosby made sure to sound off, blaming it on the current state’s attorney for not being tough enough on criminals.

Baltimoreans are fed up with constant spates of brutal criminal activity. They can’t vote out the police commissioner; the mayor isn’t up for reelection this year. Mosby urged them to take out their anger on the state’s attorney.

But Mosby’s strategy could make her a sitting duck for a similar round of negative campaign assertions — “it’s the state’s attorney’s fault” – in four years.

This key criminal justice office could become a revolving door unless crime starts to moderate in Baltimore. That’s something the state’s attorney can’t control.

Decades ago, a pair of docs, Torrey Brown of Baltimore and Aris Allen of Anne Arundel County, saved the life of Worcester County Del. Russell Hickman after he suffered a heart attack during a House debate.

After November, Maryland’s legislature will be in even better medical hands.

Three more docs are safely through the House of Delegates primary and seem sure shots in November.

Lam is a preventive medicine physician and professor at the Johns Hopkins Bloomberg School of Public Health. He once staffed Morhaim’s legislative office in Annapolis.

Hill is a board-certified plastic surgeon with a private practice in Columbia. She ran in the Democratic primary with endorsements from all three retiring district delegates — liberal Liz Bobo, conservative Steve DeBoy and conservative  Jimmy Malone — a rare feat in this era of hyper-ideological extremes.

Hasan “Jay” Jalisi ran a strong race in the Randallstown-Owings Mills-Reisterstown district of western Baltimore County. The Democrat is virtually assured of election in the fall.

Jalisi is a non-practicing head-and-neck surgeon who now runs a property management company, among other ventures.

Meanwhile on the Senate side, two nurses are in good shape to join that chamber. Both are jumping over from the House after long careers there.

Given the complexity of health care delivery, having more members with “inside” information and direct experience with the realities of medicine’s challenges should prove a huge benefit to lawmakers.

In January, it looks like the House will welcome its first Korean-born delegate (Mark Chang of Glen Burnie ) and its first native Pakistani-Muslim delegate (Jalisi).

The Senate will swear in its first Jamaican-born legislator (Nathan-Pulliam) and its first Chinese-American (Susan Lee, now a delegate from Montgomery County).

The times, they are a-changin’.

Baltimore County will see three of its seven council seats in new hands.

Meanwhile, in neighboring Carroll County three of its five commissioners will be new.

Among the more interesting results was the loss of the divisive Robin Bartlett Frazier, best known for defending the legitimacy of opening commission meetings with a Christian prayer. She was beaten handily by retired firefighter Steve Wantz, who told voters he had “no personal agendas” and criticized Frazier’s “lack of common sense.”

Carroll also lost its 20-year state’s attorney, Jerry Barnes, who was snowed under by Brian DeLeonardo. Sometimes you can stay in office too long to satisfy voters.

Despite early polls based on name recognition, it was clear in recent weeks momentum was on Brian Frosh’s side in the campaign for Maryland attorney general. He’s now a shoo-in in November.

In the end, state Senator Frosh walloped Del. Jon Cardin, despite the popularity of Jon’s Uncle Ben, the U.S. Senator.

How bad was it?

He lost his district and the rest of Baltimore County by nearly 21 points. Frosh pounded Cardin in the state senator’s home subdivision, populous Montgomery County, 70-20 percent.

In Baltimore, Frosh’s name was on the local state senators’ tickets. This helped him gain 49 percent of the vote, though he was largely unknown to city voters.

Cardin, despite his familiar local name, got just 32 percent in Baltimore City. African-American Del. Aisha Braveboy of Prince George’s County, who had counted on winning a big vote in this heavily majority-black jurisdiction, won a scant 18 percent.

Frosh was the most experienced and accomplished candidate running statewide in this year’s primaries. Voters recognized that in the end.