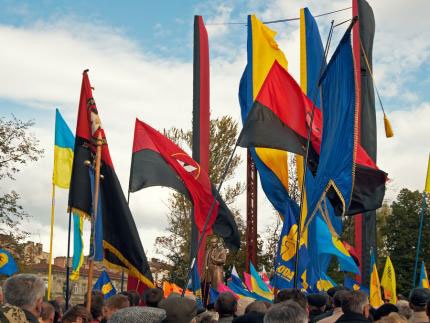 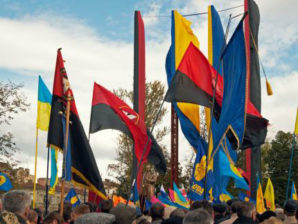 Starting with an attack on the Israeli embassy and the expelling of the Israeli diplomatic mission and ending up with clean break of the diplomatic relations – those are elements of the savage anti-Semitism wave in Ukraine, flowing over the Internet as well. Israeli president Reuven Rivlin by his speech in Verkhovna Rada literally stirred up the hornets’ nest provoking the huge devastating avalanche of wild hatred rushing onto Israel now. This had been preceded by the two months’ long tense silence followed after the Polish Sejm voted a resolution recognizing July 11 as a National Day of Remembrance to dedicate the victims of the WWII genocide committed by Ukrainian nationalists.

While the members of the Ukrainian parliament have so far confined themselves to the demands of making apologies to the people of Ukraine over inadmissible public statements on Ukrainian involvement in Holocaust, ordinary Ukrainian citizens have gone further than just posting their insulting commentaries targeted at the Israeli people. For instance, there is a petition at change.org appealing to the European community with a requirement to finally stop the constant attempts to accuse Ukraine’s national heroes from OUN-UPA  of mass killings of Jews, Poles, gypsies and representatives of other national minorities in the 1940s. “Ukrainian Patriots were then and continue to be now a strong shield protecting the European civilization from external threats” the petition says. It appears, nobody in Ukraine has been ever going to stop defending war criminals and their accomplices, and nobody is set to change anything now.