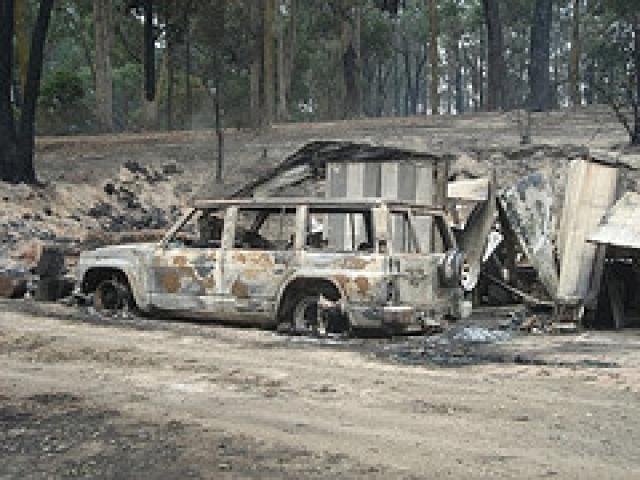 Our greatest fears continue to climb as the death toll from the Victoria and New South Wales bush fires increases to 131 people dead.

It is predicted that the number will reach 230, as 31 fires remain active in the areas. Towns remaining on bush fire alert include Beechworth, Yackandandah and Toolangai, in northeast Victoria.

The fires destroyed 750 homes and 3733 people have officially been registered at the Red Cross. The two massive fires that claimed most of the damage, wiped out the towns of Kinglake, Marysville and across the Gippsland.

Speculation has risen as a cigarette may be the blame for the fire in Bendigo. Prime Minister Kevin Rudd has described the worst natural disaster in Australian history as “mass murder”.

"Anyone who lights fires deliberately, with reckless disregard for the safety of their fellow Australians, in our view establishes the requisite criminal intent that would sustain a charge of murder"

It is believed that some people returned to areas to relight fires that fire crews had left.