The mass stranding of at least one hundred melon-headed whales were reported in the mangrove of Antsohihy Bay (Northwest region of Madagascar) in the first week of June. Local resident, blogger and activist Harinjaka and the non-governmental organization Fanamby were among the first to report (fr) and publish photos (mg) of this ecological disaster. 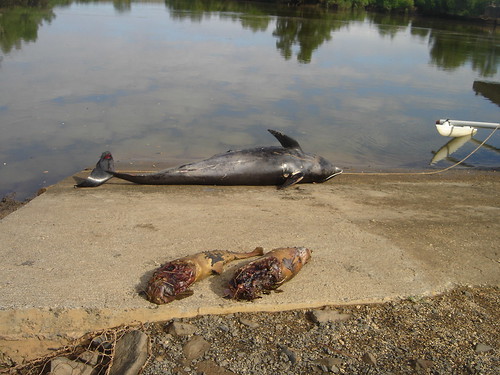 The causes of the mass stranding are still under investigation as the local population and the ministry were trying to rescue a few surviving whales. 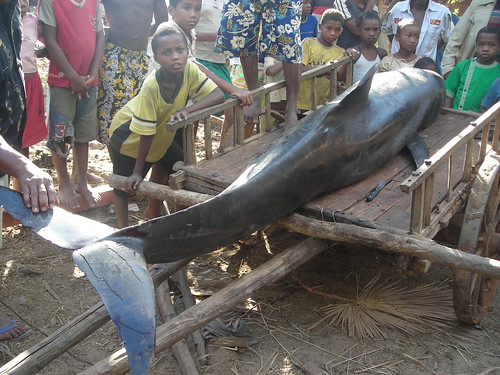 A few hypotheses are being discussed by experts, ranging from fungal or viral infections to the use of low-frequency sonar by the military or off-shore oil-foraging companies.

Fanamby is a Malagasy association that specializes in conservation and development by focusing their effort on developing private initiatives and new technologies.

Harinjaka, besides his work at Fanamby, is also the co-founder of Foko-madagascar and an author at the collaborative news site “The observers by France 24“; he answered a few questions about this sad event (interview was originally conducted in French):

Q: When and how did you learn about the mass stranding?

Harinjaka: Fanamby was contacted by a tour operator who was visiting the area with tourists on June, 3rd. A few of them took photos of the stranded whales to sensitize other agencies about the urgency of the situation. The mangroves where it occurred are located about 600 km away from the capital city. Accessibility was not really the main problem, technical know-how and manpower were what was needed the most to rescue the surviving whales.

Q: What are the most plausible explanations so far ?

H: It’s all hypothetical at the moment but beside an unknown disease, the one fact that was mentioned by most people in the region was that an Exxon-Mobile ship left the port of Antsohihy on June, 3rd. On June 4th, 40 whales were seen stranded and I saw many more the day after. Again, this is all speculative at this point but a national newspaper confirmed the presence of the ship. 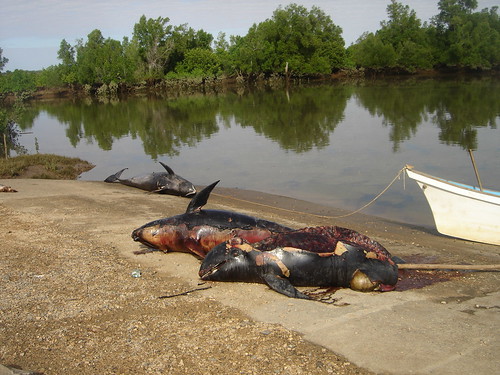 Q: You mentioned that the reactions of the locals were bizarre at first:

The other odd story was that when experts tried to identify the species, they could not find what species they belong to inside the catalog of known Malagasy marine species. They were later identified as Peponocephala electra or electra dolphins, [Melon-headed whales].

Q: What lessons can be learned from this catastrophe ?

H: The Malagasy population have a special bond with Dolphins. We don’t hunt or eat dolphins because our traditions tell stories of dolphins saving fishermen from drowning at seas. I would like to make a plea here: we should consider deploying more resources to enable faster responses to natural disaster such as this one, but also other threats to our biodiversity.

( All photos credits to Harinjaka)

( Note: *Melon-headed whales are also known as Peponocephala electra or electra dolphin. ** accounts from other witnesses are also integrated in the interview)