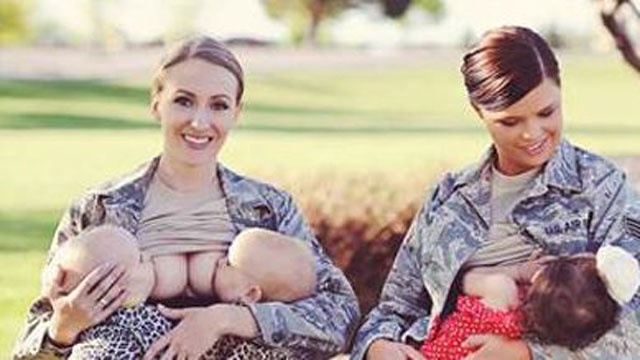 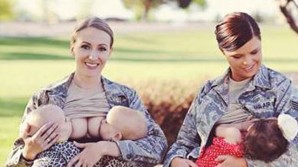 On May 9, 2014 Rep. Tammy Duckworth of Illinois asked for and was granted permission to address the United States House of Representatives for one minute regarding maternity leave in the military.

Maternity leave, now often called parental or family leave, is the time a mother (or father) takes off from work for the birth or adoption of a child. Actual paid “maternity leave” — while the norm in almost all countries — is unusual in the United States, although some enlightened companies do offer new parents paid time off, up to six weeks in some cases.

“Mr. Speaker, women in our military are contributing more than ever. They serve with distinction in Afghanistan and at duty posts around the globe. Women are an irreplaceable piece of the strongest and most capable military in the world.

Now, it is time that we show them the respect they deserve. Today, I am introducing the MOM Act with my colleagues, Congresswomen Bordallo and Noem. It will extend maternity leave for women in uniform from 6 weeks to 12 weeks. This bill would increase leave for military women to the same amount that the Family and Medical Leave Act guarantees their civilian sisters. Women in Federal service also have 12 weeks of maternity leave, yet the bravest among us only receive 6 weeks after the birth of their child.

Mothers and fathers across the Nation understand the importance of maternity leave. More workers return to work if they are given sufficient time to recover. Maternity leave gives us healthier babies and stronger families.

Mothers in the military inevitably face separation from their children when they are deployed and serving our Nation around the globe. Extending maternity leave for these women is the least we can do for those who sacrifice so much for our country.

Mr. Speaker, this Mother’s Day, let’s stand up for the women who dedicate their lives to standing up for the rest of us. Let’s pass the MOM Act”, said Rep. Duckworth (source: Congressional Record http://thomas.loc.gov ).