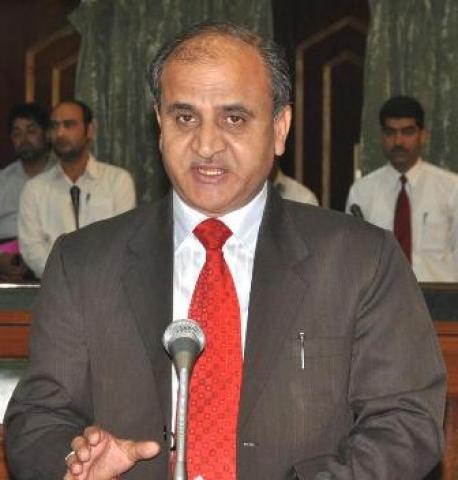 Jammu, March 16 (Scoop News) –Deputy Chief Minister,  Tara Chand has said that an amount of Rs 83.12 lakh have been earmarked for execution of various works in R.S.Pura through Municipal Committee in the area during current financial year, adding that so far Rs 35.95 lakh have been expended on these works.

This was stated by Minister while replying to a question by  Prof. Gharu Ram Bhagat in the Legislative Assembly here today.

Dy Chief Minister said that under IHSDP no project has been sanctioned for Municipal Committee.

Replying to another question by  Bharat Bhushan, the Dy Chief Minister said that 204 kanals of land have been identified on Jammu-Akhnoor road in village Raipur Domana, Gurah-brahmana and Thathar for construction of Poonch-Rajouri and Chhamb route bus stand.

Dy Chief Minister said that land acquisition process for construction of bus adda is in progress. He said as and when the possession of the land is taken over, a project report for its development would be got prepared.