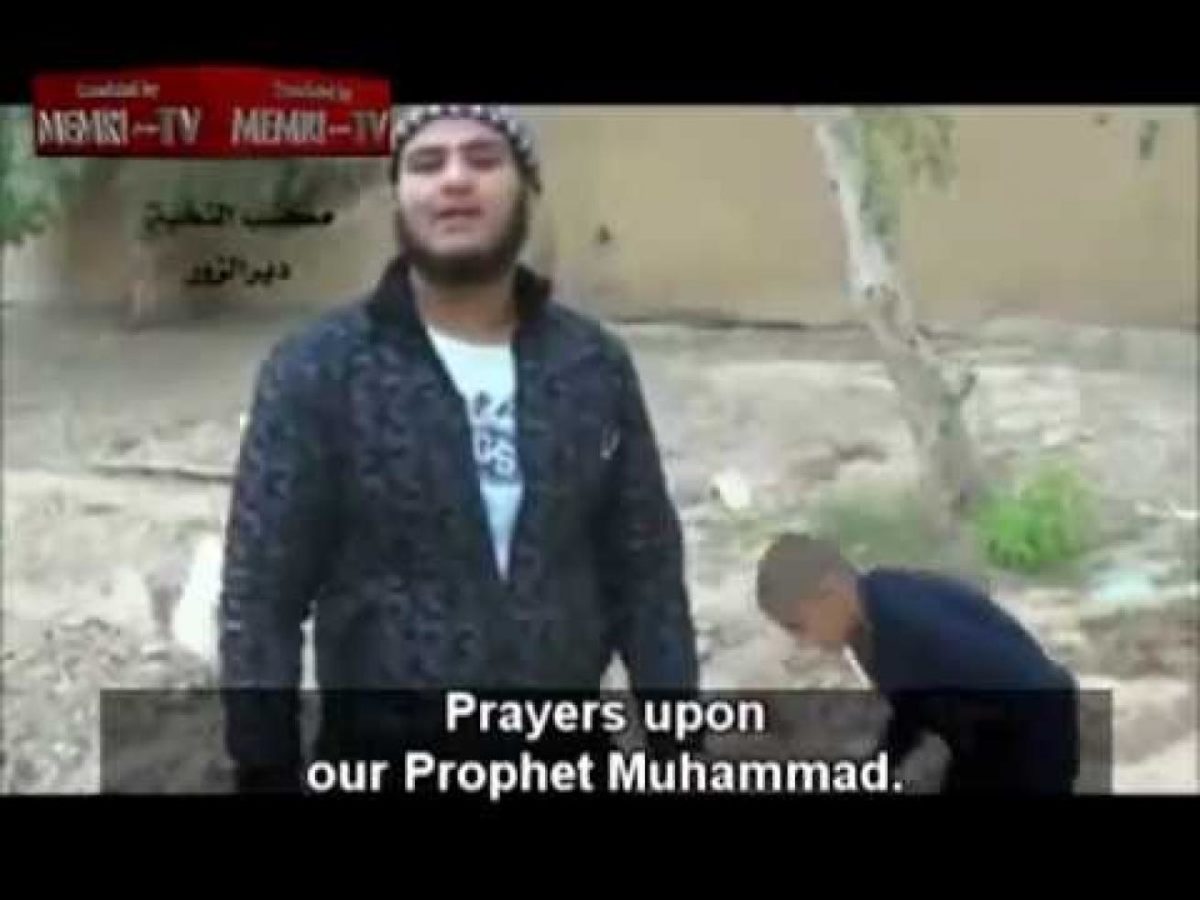 FSA crimes against children are too numerous to list. In this horrific video shot a U.S. backed FSA terrorist  gets ready to conduct a human sacrifice in the name of Muhammad.

On February 22, 2014 Senator John McCain of Arizona asked for and was granted time to give  speech before the entire United States Senate to condemn the Assad regime in Syria. Noticeably absent in his rather scathing criticism is any reference to the atrocities committed by the U.S. backed rebels and terrorist swarming the country and killing hundreds if not thousands of people daily:

“Mr. President, I rise to appeal to the conscience of my colleagues and my fellow citizens about the mass atrocities that the Assad regime is perpetrating in Syria. When the images and horrors of this conflict occasionally show up on our television screens, the impulse of manyAmericans is to change the channel. But we must not look away. We must not divert our eyes from the suffering of the Syrian people, for if we do, we ignore, we sacrifice that which is most precious in ourselves–our ability to empathize with the suffering of others, to share it, to acknowledge through our own sense of revulsion that what is happening in Syria is a stain on the collective conscience of moral peoples everywhere.”

“I appeal to my colleagues not to look away from the images I will show. I want to warn all who are watching these are graphic and disturbing pictures, but they are the real face of war and human suffering in Syria today–a war our Nation has the power to help end but which we are failing to do”, he said.

” These images are drawn from a cache of more than 55,000 photographs that were taken between March 2011 and August 2013 by a Syrian military policeman, whose job it was to document the horrors the Assad regime committed against political prisoners in its jails. This individual eventually defected to the opposition along with his photographs, which were meticulously reviewed and verified by three renowned international war crimes prosecutors and a team of independent forensic experts. They compiled their findings in a report late last month that provides direct evidence that the Assad regime was responsible for the systematic abuse, torture, starvation, and killing of approximately 11,000 detainees in what amounts to war crimes and crimes against humanity. These are just a few of those pictures and far from the most disturbing”, said Senator McCain (source: Congressional Record http://thomas.loc.gov/).