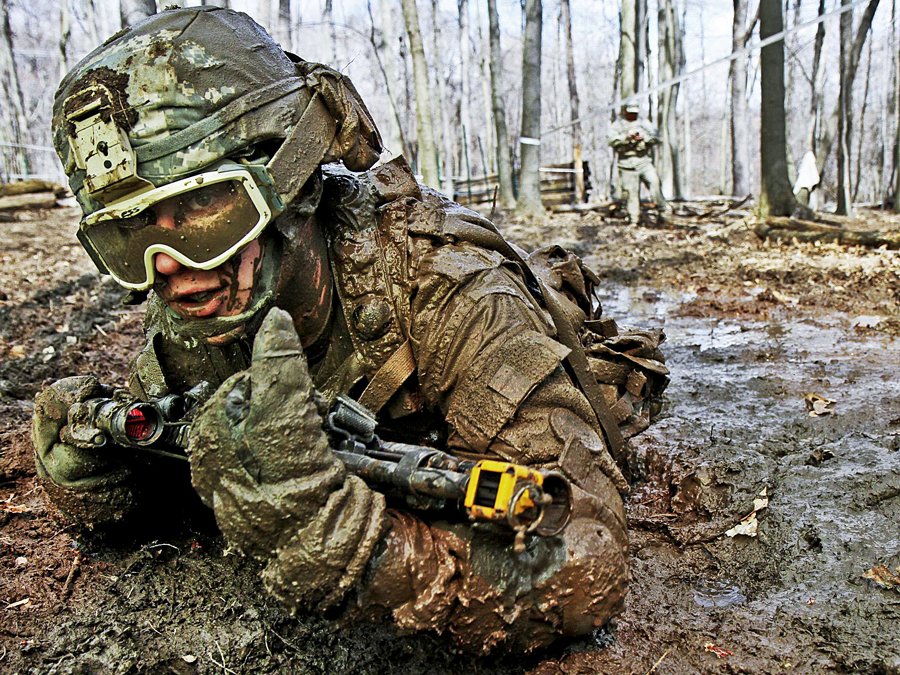 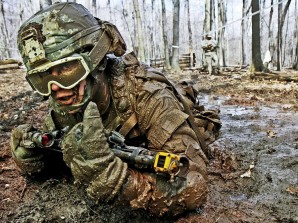 US Army infantry officer at Ft. Benning, Ga low crawls in the mud, part of physically exhausting & grueling obstacle course for RIP (Ranger Indoctrination Program). The attrition rate in this program is almost 50%.

“I thank and congratulate Senate Armed Services Chairman Carl Levin and House Armed Services Committee Buck McKeon for once again passing the NDAA this year – their last as committee leaders. I commend their long, distinguished record of service to strengthening the security of our nation, and to supporting the men and women charged with defending it.

“While the process and timeline by which this legislation was considered was not ideal, there are many provisions that I am particularly proud of, including those that do the following:

“In an unfortunate repeat of last year’s process and timeline, Majority Leader Reid’s repeated delays and unwillingness to allow an open amendment process or debate on the floor is a serious breach of the historical and Constitutional responsibilities of the U.S. Congress. This year’s bill passed the Armed Services Committee nearly unanimously over four months ago.

“By waiting until the last week that the Senate is in session and refusing to allow an open amendment process, he has effectively silenced debate on key issues vital to our national security. In January, when Republicans gain control of both chambers and if I have the great opportunity of leading the Senate Armed Services Committee, I am confident that we will return to the design of the Framers of the Constitution and restore the practice and principles that made the U.S. Senate the greatest deliberative body in the world. Anything less is a disservice to the men and women in uniform who are responsible for executing these policies and the taxpayers who pay for them.

“I am proud of the bipartisan work of the Armed Services Committees in crafting the National Defense Authorization Act. I look forward to returning to regular order next year and getting the bill on the Senate floor so that all Senators have a chance to debate and amend this critical legislation in service of the American people.”