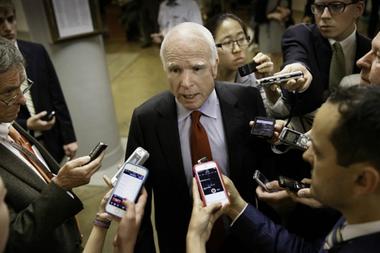 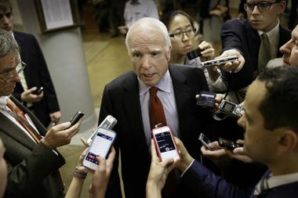 The following is a copy of a letter sent by Senator McCain to the Acting Inspector of the Department of veteran Affairs in Washington DC regarding alleged “retaliation” against those employees who spoke with investigators at the VA hospital in Phoenix, Arizona:

With considerable concern, we read an article in The New York Times today, entitled “VA Punished Critics on Staff, Doctors Assert,” which described how staff members at hospitals operated or managed by the Department of Veterans Affairs (VA) around the country tried to raise concerns about falsified patient-appointment scheduling and other misconduct – only to be fired or otherwise disciplined. Indeed, for months, while serving our constituents in Arizona, we have observed a notable increase in communications from current and former VA employees who have shared fears, some of them realized, about retaliation from within the VA system for trying to bring allegations of manipulated patient wait-times, mismanagement, and neglect to their superiors’ attention.

Given the nature and number of such communications, those concerns present one possible theory for how unacceptable misconduct harmful to our nation’s veterans continued for as long as it did and problems of delayed care, mismanagement, and neglect became systemic throughout the VA Health Care System. The retaliation or the threat of retaliation against certain VA employees may have been so widespread throughout the System that it prevented these issues from coming to light sooner and foreclosed review by anyone outside the VA who could have taken timely corrective action.

With this mind, we request that you include in the scope of your current investigation into allegations of gross mismanagement and neglect throughout the VA Health Care System, including the Phoenix VA Health Care System, how management contemporaneously handled whistleblower complaints within the VA. With this review, please examine what laws and regulations, if any, may have been violated; whether adequate remedies were available and known to relevant current and former VA employees; and whether applicable laws, regulations, or procedures governing the protection of whistleblowers need to be revised or improved.

Finally, as to whistleblowers who have already provided, or may provide in the future, assistance in helping you investigate allegations of gross mismanagement and neglect in the VA Health Care System, we expect that they will be protected to the fullest extent possible under the law.