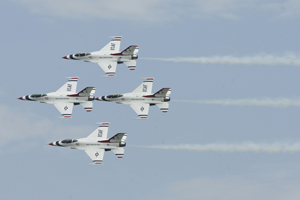 Having arrived recently in Kansas, I met with some friends to discuss a very important topic – counter espionage. Granted it may seem a very odd topic for dinner conversation, unless, of course  your are all ex military.

The topic soon drifted to the arrest of Russian spies a few years ago, including sexy spy Anna Chapman (AKA: “Anna Vasil’yevna  Kushchyenko”).

This led to a discussion of current threats.

One question in particular was:  “Are Russian Spies active here in Kansas?”

That is the question, I think we all should be asking ourselves, even today, especially for people who live and work near McConnell Air Force Base in Wichita, Kansas.

Points of the discussion included ex-KGB defector Oleg Gordievsky, who made the statement  recently that there could be as many as “50 couples (100 individuals) working deep cover assignments in the U.S.” Which helped us put this threat into context (see article: ‘Russia may have 50 deep-cover agents in US’ http://www.telegraph.co.uk/news/worldnews/europe/russia/7861454/Russia-may-have-50-deep-cover-agents-in-US.html ).

According to Gordievsky “there are 400 declared Russian intelligence officers in the US (mostly working out of Russian embassies under “diplomatic cover”), and likely 40 to 50 couples charged with covertly cultivating military and diplomat officials as sources of information”.

The FBI only arrested 10 spies in 2010, which means the vast majority of “illegals” are still inside the United States collecting intelligence information.

If you divide 100 by 50 states you come up with two. In other words, presuming the Russian want adequate coverage of the entire continential United States, you can assume there are at a minimum of two spies in the state of Kansas. Probably more given the high value military targets located here.

Counterespionage – is a dirty business!

One of the best ways to “counter” -espionage is to know the targets!

So our working group came up with a list of “possible targets” of interest to foreign intelligence agents in Kansas. They include the following:

1) McConnell Air Force Base – Home of the Air Mobility Command.

6) The US Coast Guard pay and personnel center in Topeka.

I suppose we should also include a list of possible HUMNIT (human Intelligence) targets as well.

They include the Adjutant General, and the Commander of the Kansas National Guard, Col. Lee Trafanneli, various local and state officials, like the Governor of the State of Kansas, state legislators, emergency management officials…

We can assume the Russians are targeting these bases as well as the military and civilian personnel assigned there. They include: “government contractors”, security guards, family members.

Number one on that list is still McConnell Air Force base.

McConnell is perhaps one of the more important Air Force Base in the entire nation because it is home to  one of only three supertanker KC-135 Stratotanker wings in the US Air Force.

The primary mission of which is to provide “global reach” by conducting air refueling and airlift where and when needed anywhere around the world. It is at the heart of America’s ability to project military power around the world.

During any kind of nuclear or non nuclear war or conflict with the Russians – McConnell Air Force Base will be a primary target for destruction.

A rather sobering thought for sure, given the fact that I am presently located in a small diner less than 10 miles from McConnell Air Force Base!

“Welcome to Kansas”, they said.