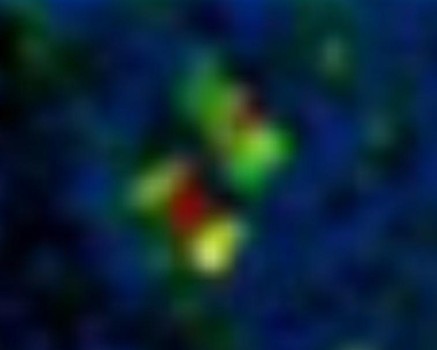 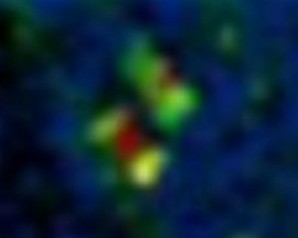 Witnesses reported strange lights in the sky over McConnell Air Force base on November 23, 2011. The sightings corresponds with strange radar anomalies being recorded on the same day? In what could be more than just a coincidence.

OK, so I have been tracking strange reports for almost a year now on McConnell Air Force base in Wichita, Kansas. These reports involved first and second hand reports of ghosts on base. Some of the reports are downright strange, with no obvious explanation.

Reports include that of a ghostly apparition of a World War II aircraft landing on the runway on foggy Halloween nights. Also, reports of strange sounds and lights turning on and off without explanation. Personnel have also heard strange noises while performing maintenance on aircraft and equipment late at night.

Other reports involve objects being moved, alarms going off when nobody is around…
Of course, there is really no way to investigate some of these reports.

Personnel involved are often reluctant to speak, pilots sometime flat out refuse to go on record with what they claim to see and guards are hesitant to discuss some of this publically, for obvious reasons.

Most of these report, I just file under “S” for strange occurrences.

With Halloween just around the corner, I thought I might share one story in particular that had a bunch of us scratching our head last year trying to figure out what was going on.

It all happened on November 23, 2011 when witnesses reported strange lights in the sky over McConnell Air Force base.

One of these lights supposedly “landed near a missile deployment site” and when some airmen went to investigate the light, they saw it suddenly changed colors and then shot straight up into the sky, like “a reverse lightening strike”, according to one of the witnesses.
In scouring the internet for any possible confirmation of this odd report I found this video on YouTube which indicates some anomalies “radar pulses coming out of south Kansas going into Oklahoma specifically” (see: 11/23/2011 — Strange object on RADAR — descends near McConnell AFBhttp://www.youtube.com/watch?v=NtUoTf5dx7k).

What exactly it was we have no idea.