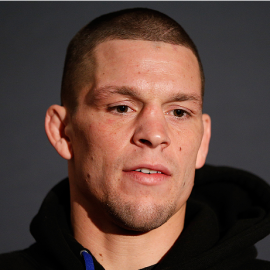 With UFC 202 only a short distance away, the excitement is getting to the boiling point. It is predicted by some of the best sportsbooks that this event will break all records and be the most watched UFC event of all time. In the words of McGregor himself “UFC 202 is the real UFC 200”. There are many other huge fights on the card but they are all irrelevant thanks to the enigmatic “Notorious” Conor McGregor.

McGregor suffered his first loss in the UFC against Nate Diaz at UFC 196. It was a result that shocked the world just like Ronda Rousey’s loss to Holly Holm only a few months before. The UFC is unlike any other sport as the underdog often surprises everyone.

Nate Diaz was not supposed to win the first battle between the two. He was a stand in for Dos Anjos and only had 10 days to prepare to fight. The best sportsbooks had him as a huge underdog and McGregor himself though that he could walk through him. It did not goes as planned for the Irish superstar and even though he won the first round, his action packed display sapped his energy. The first minute in the second round went to McGregor but Diaz connected, McGregor’s feet wobbled and he shot for the take-down. It was a huge mistake and he quickly found himself with Nate on his back choking him out. It surprised many to see McGregor to tap out as in press conferences before he had called them a coward for doing so. How I bet he wishes he could take that back.

After the fight many expected McGregor to drop back down to the 145 lbs weight class he is the champion of. Dana White though said that Conor was obsessed with a rematch and he granted him it. It is a huge gamble by the Irishman as if he loses he will look a fool and his star quality will dwindle.

McGregor has had 20 weeks to prepare for the rematch and his coach John Kavanagh has said that they have done many things differently this time around. Both the fighter and his coaches reputations are on the line. Ultimately it was Connor’s coach that stated if he losses there will be no excuses if he can’t beat Diaz. The question remains is if this will be enough to overcome Diaz the second time around.

Diaz is over 200lbs at the moment and weight played a big part in the first fight. Nate was able to take shot that fighters at 145lb could not absorb. He will have a full training camp and be better prepared. The best sportsbooks have him as the favorite this time around and there will be more pressure on his shoulders. Will the extra time benefit McGregor more who can put on the weight better needed to fight at 170lbs or will it benefit Diaz as this time he has had a full training camp and knows what to expect from Connor..
All questions will be answered on August the 20th in the potentially record-breaking event. I believe that with a better shot selection and a reduction in the crazy spinning head kicks that zap energy, McGregor will win inside two rounds. However, if the bout goes past the second round, I think that Nate’s better cardio will get his the victory once more.