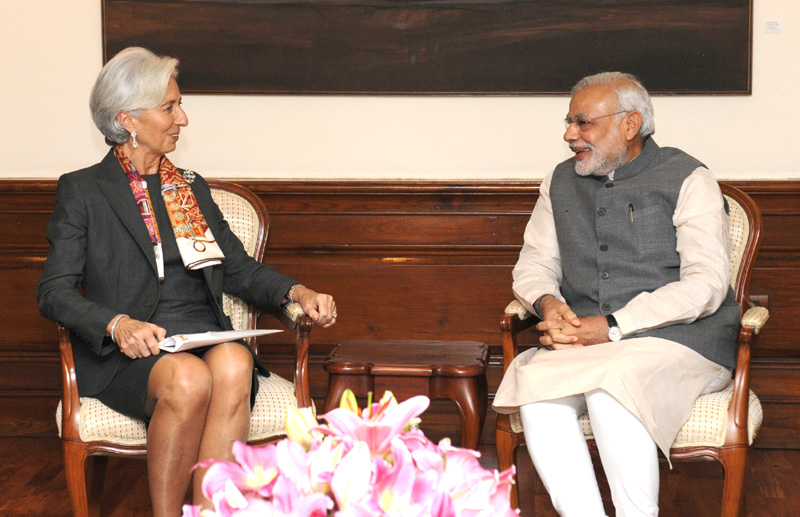 Ms. Lagarde complimented the Government on the focused way in which it has been working to revive the economy. The results of this are visible and India`s growth rate has crossed 7.5%, she said, adding that it is the bright spot in the global economy. She expressed hope that India would continue on this growth path.

The Prime Minister thanked Ms. Lagarde for her words. He stressed the importance of having a clear direction and focus. He said reforms are not restricted to legislation alone, and implementation and direction are equally important.

He said that his focus, while promoting growth, is to create jobs, have inclusive growth, and focus on development of backward regions in Eastern and North-Eastern India. This region is rich in natural and human resources and we need to capitalize on this. The priority is on all fronts – agriculture, manufacturing and services, he added.

The Prime Minister also emphasized the need to have greater representation for Indians at the higher level of IMF, particularly at the Deputy MD level.