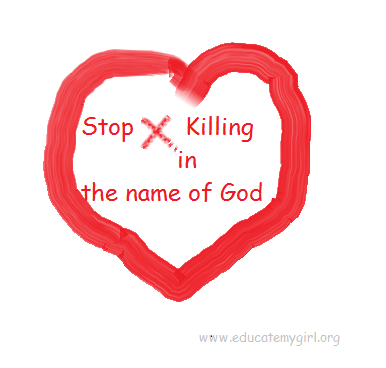 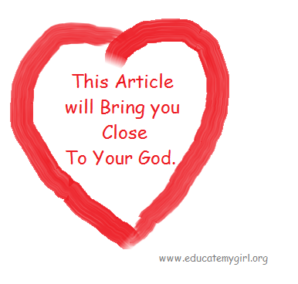 Read, to get close to your God

Me and My God, Live Under Same Roof forever.

Today I was reading about the Yazidis and after my reading and contemplation , I firmly believe human being is a born creative creature. This is apparent with existence of different gods and religions. Human imagined/created different images of god through their vivid imaginations. It is like many painters who were separated by distance were asked to paint on the same topic, i.e god.

They all painted god according to their understanding and imagination and painted the canvas with colors of their choice making the poster look beautiful, serene, pleasant and colorful.

Every painting speaks about the inevitable existence of supernatural power that is god, many questions about the interaction of human with his society and his family, many unanswered questions such as how and who provided the food, shelter and wisdom to the first man in his community and how the same knowledge was passed to the generations ahead were source of inspiration.

Every painting had a strong connection of an individual with his environment such as climate, weather, geographic conditions, flora and fauna that had made strong influence on the artist while painting his imagination on the canvas

It is clear the thing that attracted the human, adorned his god in his painting and the one that created hassles in his daily life was disliked by his god.

It is clear the painter was the enlightened soul, who painted to educate the fellow beings of his community, to bring peace, harmony and sense of joy in the life of the people of his community.

With the passage of time, this imagination and thought became the ritual and tradition of the community., which were practiced by the people along with the daily chores.

Today, no one is ready to accept and understand the painting that depicts the other image of god. It is just the ego and anxiety to prove one’s painting, the most beautiful, is what carrying the emotions of the people  in the communities. I wounder what an image would be if all the paintings are kept together in a room. Would God be running from one canvas to the other with the change of my eye movement, just changing the posture as if I am rolling my eyes over my flip book.

I don’t have an answer, neither have a solution but every time I hear a discord and news about a killing I wonder if there was ever a need to paint a God. 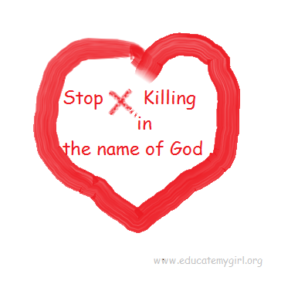 Wishing Peace For All
Nandini Goel
(My thanks to my Seniors for Helping me while writing this Article.)