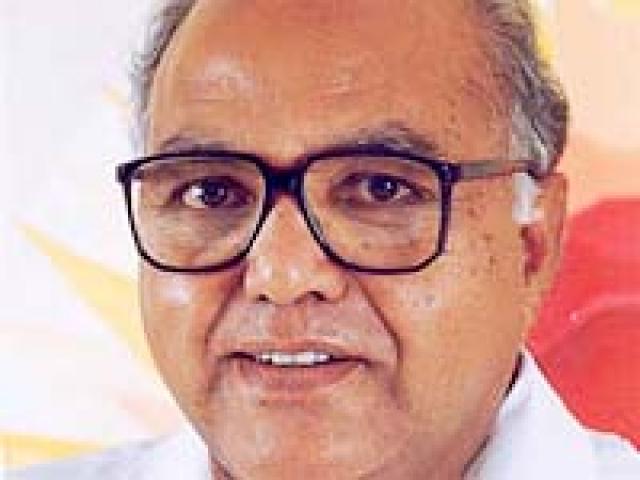 No one expected this to happen! That too so soon! The people of Andhra Pradesh woke up today to see astonishing but astounding news story in the most popular Telugu daily Sakshi about the internal squabbles plaguing the family of the most well known media baron Ch.Ramoji Rao who owns some 12 regional news channels including the highly popular ETV, Ramoji film city, a film studious of international repute, Eenadu, the most famous Telugu daily and so many other businesses establishments.

The news story’s central focus was none other than Mr.Ch.Suman himself who was the eldest son of the media baron. Suman in his interview to the rival paper made startling revelations on how he was ill treated and kicked out by his father despite his suffering from the disease of cancer.
Suman, now staying in a rented house despite his being the member of a family owing thousands of millions of rupees, has revealed that he was insulted and humiliated by his father in Board Room meetings. He said he wished he was not born as the son of Ramoji Rao. He asserted that he developed and brought the ETV to its present position with the support and cooperation of his home-guard turned movie artiste Prabhakar.
Suman revealed that friendship was stronger than the relation with father and stood by his friend Prabhakar who was instrumental in bringing name and fame to the channel. But Ramoji Rao , not willing to accept their friendship, called Prabhakar and asked him to resign when Suman was about to leave for USA for cancer treatment. Unwilling to take the humiliation meted out to his friend, Suman started staying in a rented house after returning from the USA.
What was interesting is the assertion made by Suman that his father neither permitted him to work for the channel after his return from the USA not allowed him to work as an employee for any of the other news channels owned by others in the state.
Now Suman’s interview is out in a rival paper making allegations against his father, opposition parties are crying hoarse that the Chief Minister Y.S.Rajasekhara Reddy has been trying to take advantage of the family issues of Ramoji Rao and benefit politically. But they are forgetting the truth that Suman wontedly gave the interview and no one forced him to talk to the paper.
Filed under: Lifestyle, Media & Tech
Share Tweet Pin G Plus Email
previous article: The risks of short term trading on the stock market
next article: Call center training institute in Bangladesh launched