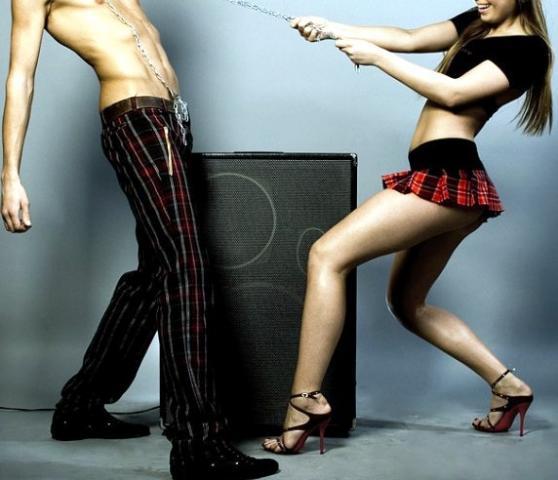 By Abhishek Pandey
Media are hell-bent to attract the larger number of readers to their publication or maximum audience for their TV or radio channel and maximum eyeballs for their Internet sites. Sex trade, which is thriving under the nose of nation’s capital – media capital- has not attracted any media attention as yet. My last article ‘Sex for sale on Internet’ tried to explain the business operation of these ‘escort/ massage service providers’ in the national capital and other metro cities in India, these groups are operating in metro cities with apparent impunity.
Sex workers in many parts of the country have raised their voice against the exploitation. The operation of these groups could make another section of exploited girls. These ‘sex traders’ are showing a short cut way of being rich to college going and other over ambitious girls. The old bollywood movies’ cliché` ‘Koi bhi ladki apni marji se is dhande me nahi utarti’ (none of the girls enter in prostitution with her consent) is likely to appear false in this scenario. The high rates, which varies from Rs. 10k per couple of hours to 1 lakh rupees for a night or more for additional services, does not show their economical compulsion. This trend shows lust for money. Someone’s lust is being fulfilled for another’s lust and media prefers to be silent..
Many girls are victims also of this malpractice, because if once they enter there is no exit door. Few months ago, a foreigner revealed that she was lured in the profession by some agent, who promised her job in fashion industry. She was told that she would be given modeling contracts in India and when, she came then after few days her passport was taken away and she was forced in to prostitution.
The advertisements of these escort services/massage parlors are ‘shamelessly’ displayed in the prominent English dailies of capital. Few newspapers, keep them aside from this malpractice of generating revenue. Newspapers, which are considered the watchdog of society, don’t give a damn to check these types of advertisements.
Three Ss, Sachin (cricket), Shahrukh (Bollywood movies) and Sex sell like a hot cake in India. The huge income of BCCI and cricket players, success of the film industry on the basis of Shahrukh khan’s acting and sexy masaala in the movies verifies it. Newspapers get the news from London that ‘Losing virginity on cam can fetch $20,000’ or ‘Mom seeks a sex mate for her son’. But unfortunately, they close their eyes to ‘sex trade for elites’ with in the city. The main reason is unidentifiable. The reason could be the revenue generated by these ‘service providers’ through their ads in the newspapers, one can see these classified ads in Delhi’s few english dailies.  They would not like to lose the revenue because all game is about get maximum advertisers.
Indian Trafficking (prevention) act does not allow the public advertisements given by the prostitutes. An ad containing ‘Dream girls for all India services’ with contact details and claim to provide educated, hi-profile models of Indian, Russian and Afghan origin, for escort services, in the newspapers. But when they were contacted, reality was different altogether.
This is not ethical also for newspapers to publish these ads. I hope, Press council of India and Advertising Agencies Association of India (AAAI), and Indian Newspaper Society would look in to the matter. I expect, they should stop these ads with immediate effect. They can not afford to sweep the issue under the carpet for long. A change is needed.
Filed under: Media & Tech, World
Share Tweet Pin G Plus Email
previous article: Video of 17-year-old girl gangraped
next article: Jahangir in ‘Saravana Bhavan’