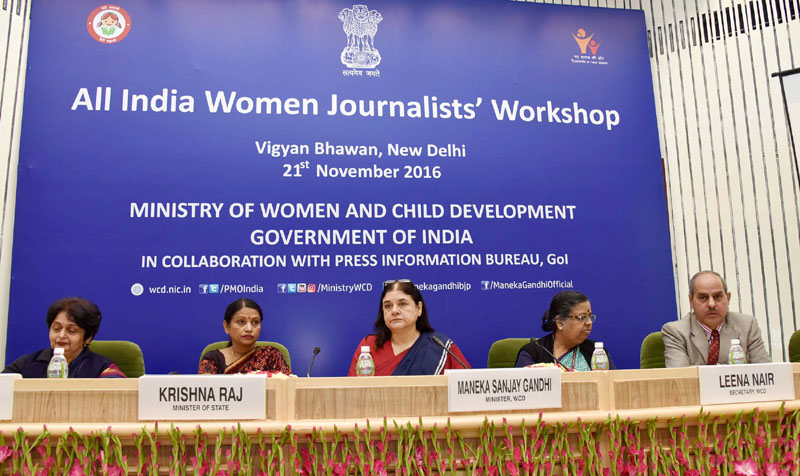 New Delhi (PIB-GR-TYP-BIN): Over 100 journalists from across the country, representing various media organizations came together on a single platform at the second ‘All India Women Journalists’ Workshop’ organized by the Ministry of Women and Child Development in association with Press Information Bureau, Ministry of Information & Broadcasting in New Delhi on Nov 21.

Speaking at the workshop, Secretary, WCD Ms. Leena Nair said that the purpose of the workshop is to sensitize the women journalists and through them the entire society on gender issues. The media has a pivotal role to play in women’s empowerment by focusing on gender issues, she added. The Secretary further said that the briefing on the initiatives of the WCD Ministry will help the journalists to enable the women and children at the grassroots to take advantage of the government policies and programmes.