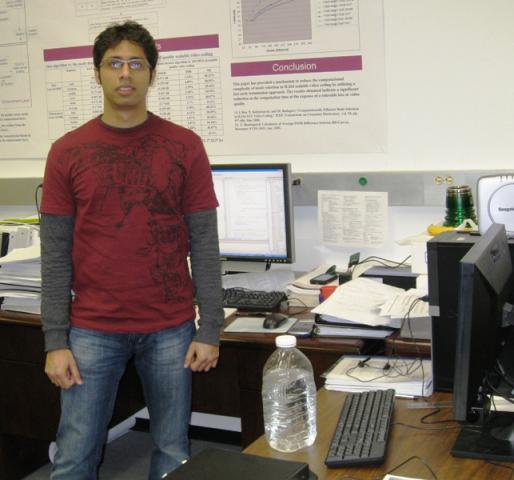 Jammu, February 02 (Scoop News) –  Nurturing a childhood dream of making big in life, a young engineer from Jammu has done its alma matter and family members proud by co-authoring a book on the subject of Digital Signal Processing.

Sidharth has co-authored the book with  Dr.Nasser Kehtarnavaz., who is a Professor of Electrical Engineering and the Director of the Signal and Image Processing Research Laboratory at the of at . The book is the first book in the world that teaches students how to implement signal processing algorithms on FPGA hardware using LabVIEW FPGA 2009 software, a software released last year by technology giant National instruments. The book has been adopted as textbook in Applied DSP course in UTD.

Son of  Dr Kulbhusan Mahotra ( Professor  in Anesthesiology, ), Sidharth completed his engineering degree from GCET in 2001 and later joined the college as lecturer for some time.

After doing a brief stint, he moved on to join the prestigious Indian Space Research Organisation as Scientist in Ahmedabad where he worked in the field of satellite image processing, CCD detector electronics and system integration. He is also trained in testing of various satellite subsystems of Indian Meteorological, Remote sensing and Radar Imaging satellites.

He has published a paper  in IEEE International Conference on Acoustics, Speech and Signal Processing ( ICAASP) 2011, submitted another in IEEE International Conference on Image Processing (ICIP) 2011.Currently, he is writing a paper for Journal of Real –time image processing, based on research he is doing in gesture recognition for mobile platforms.