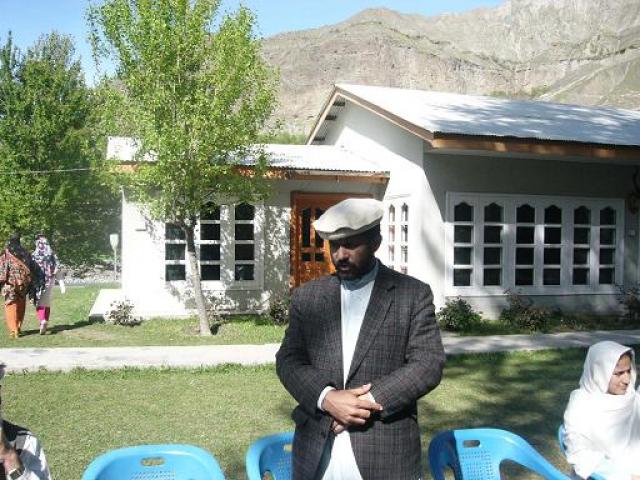 Board of Directors of Legal Aid Forum for Human Rights determined to protect women rights.

CHITRAL: An important meeting Board of Directors Legal Aid Forum for Human Rights (LAFH) held here under the chair Abdul Nasir president LAFH Chitral. The meeting was started with the recitation from the Holy Quran by Maulana Sher Aziz former Amir Jamat Islami Chitral. Abdul Nasir briefed all members Boar of Director regarding aim and objectives of the organization. That they supporting needy and helpless segment of the society especially women folk in Chitral. He said that LAFH provided free legal Assistance to oppressed and helpless women and creating awareness among the masses and particularly among women regarding their basic rights.  Senior Lawyer Sahib Nadir Advocate inquired about the legal position of LAFH and LAPH (Legal Awareness Program for Human Rights). On this Abdul Nasir briefed the participants that at first we established LAFH in 1997 and was working for needy and deserving people on self help basis. Hence it made an agreement with Trocaire an Irish based NGO who funded LAFH and it started its work as pilot project. Hence due to internal grudges, clashes and disharmony among its board member the former Chairman Board of Director Maulana Israruddin Alhilal submitted complaint to the Bank who freeze it fund.  He charged that Trocaire fund is not utilizing transparently. He also alleged of misappropriation  of fund and malpractices by some key points members. He said that although Trocaire (Irish NGO) had released their fund to LAFH but Niaz Ali Shah former general Secretary of LAFH established an other NGO with the name of Legal Awareness Program for Human Rights (LAPH) and under a conspiracy its fund was transferred to LAPH as well as they also changed their bank account and shifted the fund to an other bank.

Members Board of Director expressed their great concern over this fraud ant case. Niaz Ali Shah Human Resource Officer of Aga Khan Rural Support Program who also chairman LAPH replied that Trocaire has allowed us to registered an other NGO under company act and for this purpose they also released us some fund as well as they also released fund for exposure visit. And we established Easy and Equitable Access to Justice Program for women and transfer the whole fund of LAFH to LAPH for running that project. Lawyers cabinet members of LAFH said on the occasion that we will arrange an other meeting to clear this confusion. Because it is not clear that how Donor NGO allow any other NGO to registered new set up and transfer their fund from parent organization to an other one. It was decided in the meeting of Board of Director to contact Irish NGO Trocaire to clarify their position and to explain about their funding to LAFH or LAPH because some members of Board of Director also having some grievances against LAPH and some of them also resigned from LAPH Board of Director. Niaz Ali Shah Chairman LAPH also agreed for verification of released fund by Trocaiare. Abdul Nasir declared that we have no tussle with LAPH but only we will fight for our rights and it seemed that high jacked LAFH fund.   Prominent Lawyer Abdul Wali Advocate said that you should to work sincerely and transparently and we will support you until you really work for needy people.. Maulana Sher Aziz former Amir Jamat Islami expressed his great concern over that some NGO getting fund from foreigners donors but they not utilizing it for which purpose it released and some of them changing names of their NGO only to embezzle the fund which should to be condemned.  He said that God loves those who help and love with his creation. And you must to work with great sincere and devotion for benefiting the God creation. The meeting was concluded with the prayer words of Maulana Sher Aziz and all of board members determined to work for women folk, and needy people with great dedication and devoting.
G.H. Farooqi PO Box No. 50 GPO Chitral Pakistan phone No. 03025989602, 0943-302295, 414418
Email: giulhamad@gmail.com

Filed under: Politics, World
Share Tweet Pin G Plus Email
previous article: JK CM said we have not closed our doors, employees should resume work
next article: Ladakh to have year round road connectivity after proposed Zojila tunnel