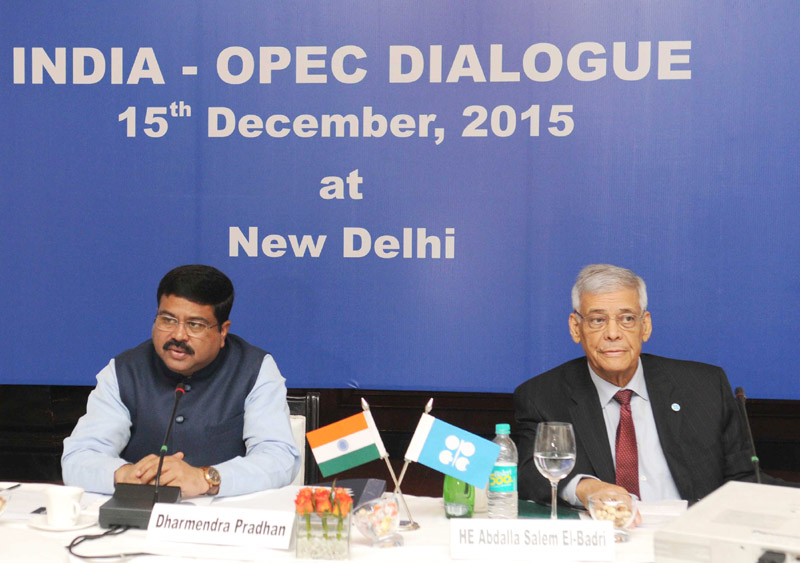 Annual Dialogue Between India And OPEC Is In Mutual Interest

New Delhi (PIB-GR-TYP-BIN): The Minister of State (I/C) for Petroleum and Natural Gas, Mr. Dharmendra Pradhan held a meeting with an OPEC delegation led by its Secretary General, Mr. Abdalla Salem El-Badri On December 15. This is the first regular meeting held at the level of Minister/Secretary General under the India-OPEC Institutional Dialogue, which was set up during the last OPEC Summit in Vienna, Austria in June 2015.

The two sides exchanged views on the emerging global crude markets and deliberated on India’s concerns vis-à-vis oil purchase from OPEC member countries. Mr. Pradhan gave Indian perspective on developments in the global oil market. He reiterated that reasonable and responsible oil prices will be beneficial in long term, for both oil producing and oil importing countries.

The two sides agreed that such annual dialogue between India and OPEC is in mutual interest and it should be continued in future. Both India and OPEC reaffirmed their commitment to further increase their co-operation in the oil and gas sector. The meeting comes amidst the backdrop of continuing fall in global crude prices which has recently witnessed a slide to nearly 11 year low of below US$ 37/barrel.

Filed under: Energy, News
Share Tweet Pin G Plus Email
previous article: Investor News: Lawsuit against Flotek Industries Inc (NYSE:FTK) filed to recover Losses
next article: Problems Of Our Nation Can Be successfully Handled If We Think Together, Work Together And Grow Together: President