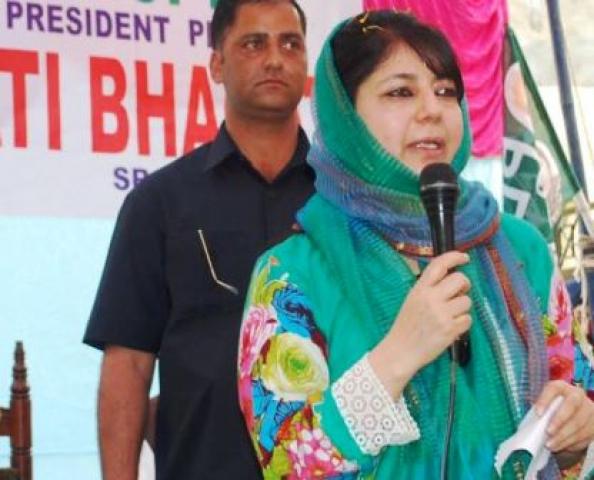 Talking to media persons after today’s proceedings of Legislative Assembly were over, Mehbooba feared the bill may be sabotaged because the government seems non serious about the issue.

“You can see the initials of the secretary Legislative Assembly. The bill is endorsed by him on September 18 for the process,” Mehbooba said while showing the signed bill to reporters.

She said the bill was brought by two PDP MLAs Peerzada Mansoor Hussain and Rafi Ahmad Mir but unfortunately the government is denying the same. Mehbooba rebutted the NC allegations saying the bill endorsed by secretary Legislative Assembly was a proof enough that ruling NC is leveling false and frivolous allegations against her party.

“We have moved this bill seeking to strengthen the J&K Panchayat Raj Act,” she told media persons, adding the bill contains all the features of the 73rd amendment of Indian Constitution.

The incorporation of all the features of the 73rd amendment would make Panchayats independent vis-à-vis planning and execution of development works and utilization of funds, she remarked. The PDP president added that besides other amendments, her party wants the chairmen and vice chairmen of the District Development and Planning Boards be duly elected and not nominated by the government.