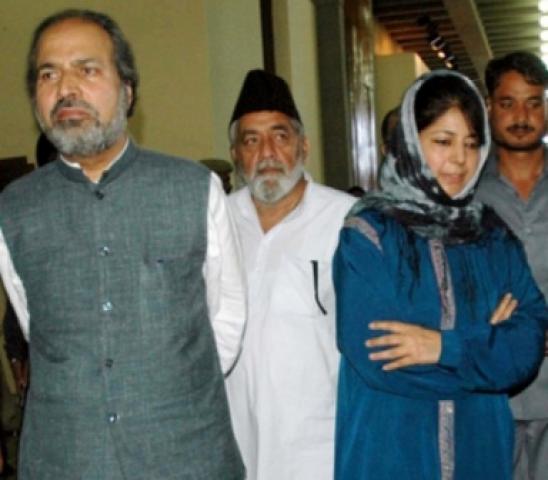 ,August 02 (Scoop News) – Peoples Democratic Party President Mehbooba Mufti today said that the threat of using more force is just not adding hostility into the already surcharged atmosphere but it amounts to insulting a people who take pride in their centuries long history and culture of knowledge, tolerance and civility. It is now clear that Government has run out of ideas on and the totally bankrupt approach in handling the present situation will only add to anger and alienation of the people.

Mehbooba Mufti while expressing outrage at the continued killing spree of young men and women across Kashmir and the heartless response to it from the said that it is declaration of a direct war on the people of the State. In a statement issued here, she said what needs at present the most is understanding, compassion and a political approach but unfortunately what has been promised at the end of the two month long spell of death and destruction is more force and brazen threats against the civilian population here.

Mehbooba said the decision to introduce Rapid Action Force in addition to the existing police and other paramilitary forces in a highly militarised place to terrorize the protesting people can only further deteriorate the situation. She said the belated acknowledgment of the Chief Minister that the young people were protesting not under any instigation, as he had been alleging for more than a year and that the youth were not organized only means that he has decided to fight them with weapons and force, putting the blame for “consequences” on the people of the valley.

Mehbooba said it belies logic that in any system of governance other than martial law or dictatorship, the administration should try to “control the violence first and then talk of political initiative”. This is like putting the cart before the horse, she said. Mehbooba said there were no protests or demonstrations for a long period and people waited with patience for a political intervention to take out of its troubles. “Why was no political action taken then”, she asked.

Expressing heartfelt grief at the loss of lives whose count was now  difficult to keep, Mehbooba said that the boys and girls we lose to the wanton use  of force by the Government are a loss not just to the families but to the entire community. We may not be able to share fully the grief of the families of the victims but as a mother she fully understands what it means to lose budding young children to bullets and brutality of the Government.