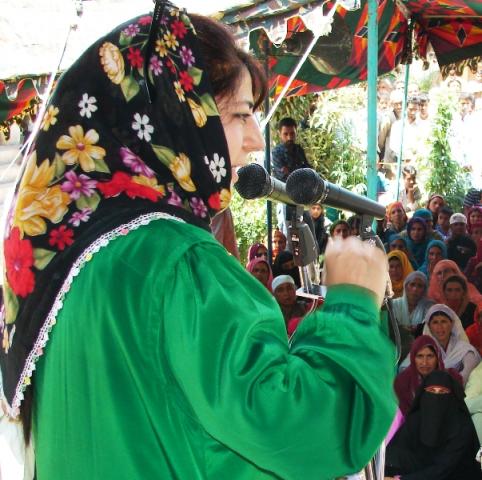 Srinagar, October 31 (Scoop News) –Mehooba Mufti,President of PDP, today hailed intervention of Supreme Court in the killing of Haji Yosuf and said that intervention of Apex Court would create a sense of belongingness among people towards the system.

“We are proud that PDP is only party in the country which is free from the menace like corruption”, she observed.

Addressing party workers after her re-election as president of PDP, Mehbooba Mufti recalled that there was total chaos and confusion in the whole state and common masses were gripped with a sense of fear and insecurity when PDP was formed on July 28 in the year 1999.

“Today corruption and mis-goverance are the biggest issues before the people of ”, she said and pointing towards gruesome murder of NC worker Haji Yousuf. “Haji Yosuf’s death has exposed prevailing greater mess in the state government as well as in the ruling NC”, she said and added that the murder had removed the lid from the mess what was being kept away from public focus.