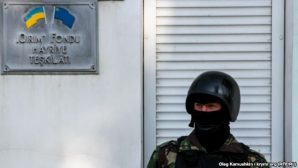 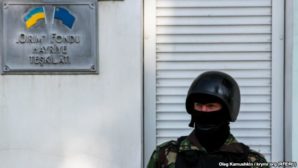 Supreme Court of the annexed Crimea controlled by Russia banned the Mejlis activity on the Crimean territory in April 2016 as an extremist organization. This decision was taken because of it purports to be connected with “Hizb-ut-Tahrir”, which is prohibited in Russia as terrorist organization.

The Mejlis banning is major violation of fundamental rights and freedoms of humanity including the International Convention on the Elimination of All Forms of Racial Discrimination dated 1965. International community and European Union strongly criticized such a decision called it a harsh attack on the rights of Crimean Tatar People. European Parliament adopted a resolution on Crimean Tatar People, in which they condemned the “Supreme Court” decision and requested for immediate annul of the decree. They are afraid of other reprisals prescribed in Russian Criminal Code followed by this banning.

Current state of Crimean Tatars rights and freedoms has been becoming worse since the annexation. But all the assaults on Crimean Tatar People began long before the court decision. According to Mustafa Jamilev before occupation the Russian FSB had already prepared the list of Crimean Tatars to must be shot during massive military clashes. List contained members of central and regional Mejlis and national movement activists.

Crimean Tatars are the most consolidated and politically active community on the peninsula who obviously caused such treatment of occupation authorities. There were Crimean Tatars who declared their support to territorial integrity of Ukraine and actively confronted Kremlin imperialistic policy. Moreover Mejlis leaders called to strike so-called referendum on “annexation” to Russia. Mejlis staff members kept Ukrainian flag on top of the Mejlis building in the centre of Simferopol despite the intimidations. Most of the Tatars are still not accept the annexation of Crimea recognizing it only as a territory of Ukraine.

The Crimea is just another example of a full-scale assault on human rights and freedoms, the same as whole Russia experiencing right now. Final goal is fully understandable –to crush a rebellion and to shut public activists’ mouth, to expel from a peninsula or even to hurl into prison eventually. The Crimea is planned to become a powerful military foothold, that’s why any means of rebellion are seen as a threat to Russian Federation leaders.

But what’s about West? Politics and human rights activists condemned Russian actions declaring inadmissibility of repressions on Crimean Tatars and other ethnic and religious minorities. European External Action Service (EEAS) expressed the need of complete abidance of human rights and other obligations in international law sphere especially regarding Crimean Tatars.

At the same time it is noticeable that there is even no shadow of Crimean issue on the war in Donbass negotiations! Moreover, there is no word about the Crimea in Minsk Agreements! EU and the USA leaders made a hint to take out sanctions in exchange of a stabilization of situation in Donbass, in spite of dangerous precedent to annexing Crimea created by Russia, neglecting of all norms of international law. Today in Crimea we all can see the violations of fundamental human rights and freedoms and huge wave of repression of people who once was repressed, but could survive by a miracle and return to their historical homeland… and now the people become at risk of extinction…