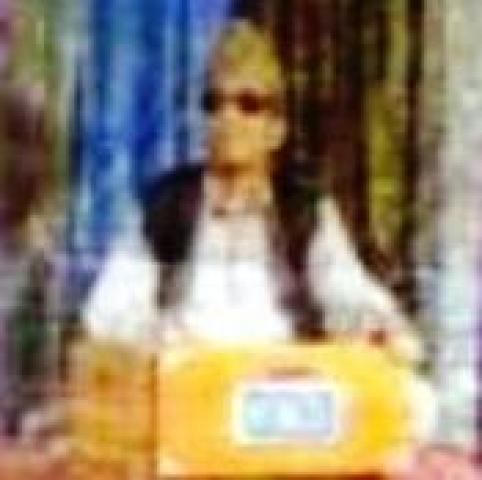 ,November 10 (Vijay Kumar) –  Rich tributes were to legendry Kashmiri Singer Ghulam Mohamm Sofi  who died last night in after a prolonged illness. The of Art, Culture and Languages organized an impressive  function held here   this afternoon at Kundanlal Saigal Hall. Zaffar Iqbal Manhas , presided over and was attended by cross section of society including galaxy of local writers and artists of Kashmiri and other regional languages of the State. Chief Minister Omar Abdullah, his Cabinet colleagues and Advisors also mourned the demise of Sofi,

Paying glowing tribute to late Sofi, ShZaffar Iqbal Manhas , stated that the best way to pay tribute to our legends who devoted their whole life for development of Culture  is to comprehend their thoughts and to  carry forward their ideology and mission.

He said that Late sofi was an icon of Kashmiri light music and had contributed a lot for its development. Sofi had remained associated with Academy for more than 60 years, he said.

Veteran singer Ghulam Hassan Sofi, the melody king of Kashmir who had enthralled generations, died in after a prolonged illness. He was 77.Visually impaired Sofi died at and was later buried at his ancestral graveyard at Maletang in Dalgate area of the city.

Born on July 8, 1932 at Dalgate, Sofi began his career from the local station of All India Radio, known as Radio Kashmir, in early 1950’s and became very popular with the masses.

He also sang for Doordarshan Kendra, , and the besides working as an instructor in the Song and Drama Dvision from 1967 to 1994.

Sofi, who also performed outside the State, was a recipient of Sangeet Natak Academy Award. He had also received life time achievement award from the Union Information Ministry and Sheikh Mohammad Abdullah award from the State Government in 2006.

Describing  Sofi a great and renewed Kashmiri Sufi Singer,  Omar said that he lived in the hearts of people for his excellent artistic work. The Chief Minister said that in the demise of  Sofi Jammu and has lost a veteran singer. Omar while expressing sympathy with the bereaved family has also prayed for the peace to the departed soul.

The Minister for Rural Development, Law and Parliamentary Affairs,  Ali Mohammad Sagar has condoled the demise of  Gulam Haassan Sofi, the legendary singer of the State.Describing him as one of the leading singers that the State has produced post independence,  Sagar said that  Sofi through his melodious rendering of songs created niche for himself in the annals of history, which would be remembered for generations to come.Sagar prayed for eternal peace to the departed soul and expressed sympathy with the bereaved family.

Ghulam Hassan Mir has also condoled the demise of veteran Kashmiri singer Ghulam Hassan Sofi. Sofi breathed his last this morning after being ill for some time.Describing Sofi as an epitome of Kashmiri culture and language, the Minister said the renowned vocalist through his performances kept the Kashmiri language alive and relevant.In his message to the bereaved family,  Mir said Sofi would long be remembered for his philosophical and mystic recitals including the famed Afsoos Duniya Kansi Na Loub…… He said the void left in the Kashmiri music circles with the departure of  Sofi would be very difficult to fill.The Minister has prayed for peace to his soul and conveyed his heartfelt condolences to the bereaved family.Mir has also expressed sympathy with the fans of  Sofi and members of Kashmiri music fraternity.

The Political Advisor to the Chief Minister,  Devender Rana today paid condolences to the family of noted Sufi Singer Ghulam Hassan Sofi who passed away at . Describing  Sofi a great and renowned Sufi Singer,  Rana said that the State has lost a great artist who lived in the hearts of people. He prayed for the eternal peace to the departed soul.

A condolence meeting was held in the premises of Directorate of Information, Mubarak Mandi Jammu in which rich tributes were paid to Ghulam Hassan Sofi, renowned Sufi Singer of Kashmir.His contribution for promoting and projecting Sufiyana Kalam of great Sufi saints of Kashmir, Awliy-e-Kiramas of was remembered in the meeting. The meeting was chaired by the Director Information, Khawaja Farooq Renzu, all Joint Directors of Information, all Deputy Directors and Information Officers besides the media personalities and distinguished writers participated.

The role of known Sufi Singer who has received various awards including the awards from Directorate of Information was recalled.While paying condolences to the family members of the deceased, the department decided to publish collection of Sufi Singer and sacred Kalams recited by him for the archives of the Department so that it is remembered and preserved for the new generation. It was prayed for the eternal peace of the departed soul. His nobleness and kindness was also remembered.