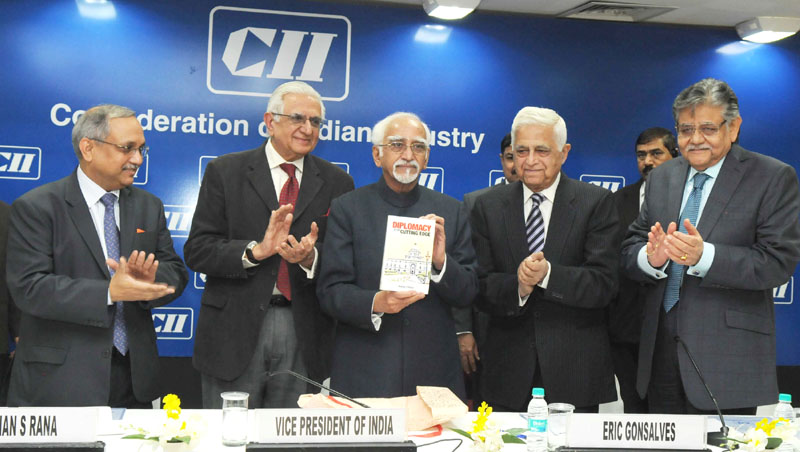 ‘Diplomacy – At The Cutting Edge’

New Delhi (PIB-R-TYP-BIN): The Vice President of India, Mr. Mohd. Hamid Ansari said that the memories serve an important function to record and provide alternative narratives, based on personal experience of established public perception of events. He was speaking after releasing the book ‘Diplomacy – at the cutting edge’ written by former Ambassador, Mr. Kishan Rana on December 16.

The Vice President said that the book records the growth of a diplomatic agent through different stages of his career. The trials and tribulations of life abroad in an alien environment as well as the intricacies of dealing with fellow bureaucrats at home are recorded in some detail.