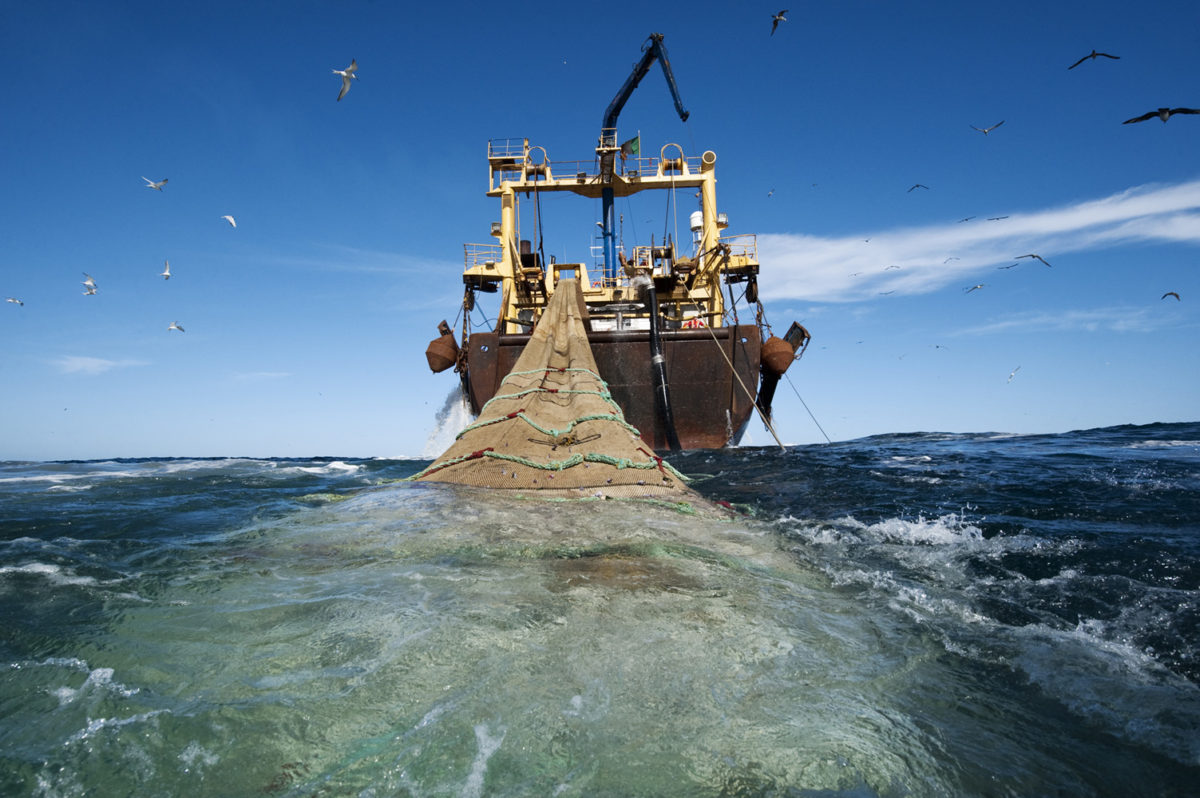 The coast of West Africa is home to some of the most abundant fishing grounds on the planet. Historically, these rich waters teem with some of the world’s most sought after fish, such as mackerel, marlin, shrimp, sardines, barracuda and more. For thousands of years, coastal West Africans have relied on this plentiful bounty for both sustenance and livelihood. Today illegal fishing has put this ancient relationship in jeopardy and the fate of West Africa’s fishing future now lies in the balance. There are two paths ahead, and interestingly they could not be more different. One road leads to the irreversible desolation of African fisheries. The other route not only promises to reverse the harm done, but usher in a new wave of prosperity throughout the region, benefiting millions of Africans in the process.

The situation has been a long time in the making. Illegal, unreported and unregulated fishing (IUU) has been a known problem in West African waters for many years. West African authorities have generally lacked the finances and resources to safeguard their maritime territories, making their prized fishing grounds easy pickings for unscrupulous foreign fishing conglomerates.

These foreign fishing giants are plundering West African stocks on an industrial scale. In order to circumvent international fishing regulations, smaller vessels are often used to fish in restricted waters. They then transport their hauls to ships known as “reefers”, where fish is frozen and stored en masse. To further complicate the situation, “reefers” often offload their fish onto huge container ships where the illegal catches become mixed with legal product.

Alfonso Daniels, the project lead of an important Overseas Development Institute (ODI) study into illegal fishing, suggested that up to 84% of all illegal fish are extracted from the area in this clandestine fashion.  Daniels’ team tracked the movements of 35 reefers operating in the area, and found ships belonging to nations such as Holland, China and South Korea.

Illegal fishing damaging both people and the environment

The negative consequences of such practices are profound. Local fishermen are seeing their livelihoods destroyed as fish stocks dwindle. The remaining resources can no longer support as many fishermen, causing unemployment and food shortages in communities that have traditionally relied on the sea. Additionally, there have been multiple reports of larger foreign vessels carelessly destroying local fishing equipment, damaging reefs, and scaring away fish through excessive engine usage.

Kofi Agbogah, a spokesman for the Ghana Sustainable Fisheries Management Project stressed the severity of the situation: “We have long gone past our maximum sustainable yield – as a result of open access fisheries, we have a crisis.”

According to one estimate, over half of all West African stocks are now overfished, with between a third and a half of the total catch attributed to IUU fishing. If governments do not act quickly, the damage will be soon become catastrophic and irrevocable. Down this path lies unemployment, poverty, food shortages, migration and a broken marine ecosystem.

A chance to survive and thrive

There is an alternative future however, that stands in stark contrast to this bleak forecast. In their landmark study, the ODI set out a list of recommendations designed to not only reverse the crisis, but create a far more lucrative and sustainable fishing economy in the region. However, some of these measures are time consuming and complex, requiring regional and international cooperation, legislative change and investment by West African governments.

Fortunately it appears countries are listening. In the wake of the ODI report, the government of Guinea banned all foreign fishing in its waters. An early step, but one which will hopefully be followed by other nations.

Currently, almost all of the profits from West Africa’s waters are falling into foreign hands, whether by legal or IUU fishing. By ODI estimates, if West African authorities can successfully tackle IUU fishing in conjunction with building their own fishing sectors, they could ultimately generate US$3.3 billion per annum for the regional economy.

The creation of a vibrant West African fishing sector would have immense social benefits. It’s estimated that this industry could generate over 300,000 new jobs, 90,000 of which could be for women. Youth unemployment would decrease, foreign trade balances would progress, and local food security and nutrition would improve. What’s more, with control over their own waters these nations could easily manage their fisheries in an environmentally sustainable manner.