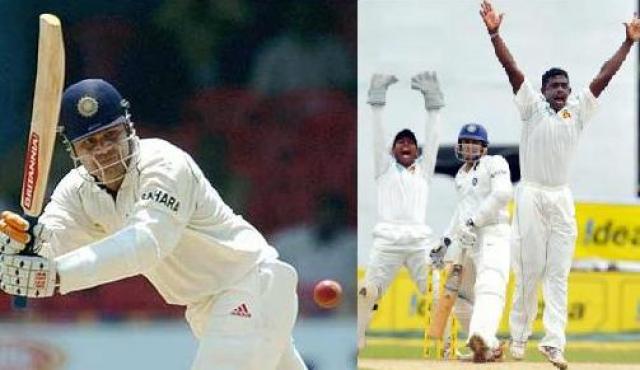 Ajanta mendis continues to impress with his fire works against . Only Sehwag could read him on the way of his scintillating 218* while were all out on 329.

Earlier after having a start of more than hundred and fifty from opening partnership India was looking forward to a big score in their first innings of current test. But after the departure of opener Gambhir, Mendis comes to the drama and hit one after one. Indian batsmen were just looked helpless in front of this new sensation while he took 6 wickets in the innings.

Virender Sehwag was extraordinary with his attacking batting despite the poor performance of other Indian batsmen.