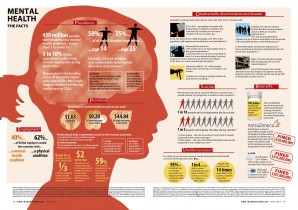 On May 6, 2014 Rep. Paul Tonko of New York ask for and was granted permission to address the United States House of Representatives for one minute regarding Mental Health month:

“Mr. Speaker, May is Mental Health Month, a month where we step up our efforts to raise awareness for mental health and work to remove the stigma of seeking help for mental illness.

This issue is very close to my heart, as I worked in the New York State Assembly to pass Timothy’s Law, which provides parity in mental health coverage in my home State.

We work in a very divided environment here, Mr. Speaker, in Washington, but one of the few things I believe we can all agree on is the need to focus more on individuals and families that struggle with mental illness. That means providing better resources, more robust programs, enhanced coordination, and a more comprehensive mental health national program.

Mental illness affects all ages, all races, tax brackets, and political ideologies, and our response to mental illness must be as comprehensive as the group of people it affects. We can only do this by joining together, reflecting in our budget our commitment to overcoming the challenges mental illnesses pose, and passing the Strengthening Mental Health in Our Communities Act, legislation that my colleagues and I introduced just today”, said Rep. Tonko (source: congressional Record http://thomas.loc.gov/).

Congressman Paul Tonko represents New York’s 20th Congressional District, including the communities of Albany, Schenectady, Troy, Saratoga Springs and Amsterdam. He represents all of Albany and Schenectady Counties and parts of Montgomery, Rensselaer and Saratoga Counties.

He is serving his third term, after first being sworn into Congress in 2009.

Paul serves on the Energy and Commerce Committee, the oldest standing committee in the House, created in December of 1795. He is the first upstate New York Democratic member of the committee since Leo O’Brien, who resigned the post in October 1966.

Paul previously served on the Science, Space and Technology Committee as the Ranking Member on the Investigations and Oversight Subcommittee, which oversees all non-military federal research investment. He was also a member of the Energy and Environment Subcommittee. In addition, he also used to serve on the Natural Resources Committee, Education and Workforce Committee and the Budget Committee.

Filed under: Healthcare, News
Share Tweet Pin G Plus Email
previous article: “Despite subpoenas, unanswered questions remain as to how the administration handled the (Benghazi) attack”, said Rep. Joe Wilson
next article: CLASSIFIEDS – A way to step in Global Market through Ads