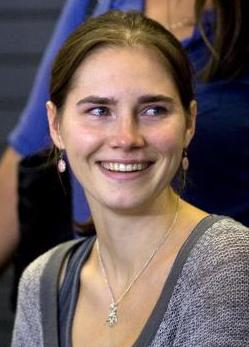 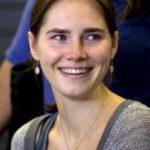 Amanda responded to Maresca’s accusations this week on her blog:

“The Kercher family’s civil attorney, Francesco Maresca, in his closing arguments yesterday, claimed I have been collecting unspecified funds in the name of Meredith and her family. He implied that I was deceiving the public and collecting those funds for myself.

Please visit the Meredith Kercher Murder page and scroll down to the Donation section to discover that I have simply added a link to the Kercher family’s own website where they solicit donations for their ongoing struggle through this heartbreaking legal process.”

Maresca’s reprehensible accusations must not be tolerated. He was deliberately deceptive in court with his baseless attack on Amanda Knox. Amanda has been the victim of Maresca’s vile attacks for 6 years now, enough is enough.

The simple truth is that Maresca represents the Kerchers in the civil aspect of the case, making it his job to secure a monetary settlement for the Kerchers, along with a big payday for himself. He only gets paid if Amanda Knox and Raffaele Sollecito are convicted.

In Italy, civil trials run concurrently with criminal trials, so the jury that has the responsibility of deciding the guilt or innocence of Amanda Knox and Raffaele Sollecito, is not only expected to independently research the evidence that has been presented in all 3 trials, they are also expected to decipher long angry rants by civil attorneys like Maresca that are motivated by greed.

After her initial response to Maresca’s accusations, Amanda has now decided to remove the link from her blog that was inexcusably misrepresented by Maresca, and she has released this statement:

“I hope that everyone can understand that this is an issue of perspective, and from mine and those who believe in my innocence, it’s clear that my actions are an attempt to show compassion and solidarity.

However, I have to accept that the Kerchers believe I’m guilty and my attempts to honor her memory can cause them pain. I do not wish to antagonize their grief, even with my best intentions.

Thank you to all who have supported me in wanting to keep Meredith’s memory as a friend alive in my heart.”

This is not the first time that Francesco Maresca has displayed unprofessional behavior. During the 2011 appeal (that resulted in acquittal of Amanda Knox and Raffaele Sollecito), in an act absent of any decency or respect toward the clients that he represents, Maresca, without warning, displayed photographs of Meredith’s naked body in open court, simply for shock value. Retired FBI Agent Steve Moore was in court when the photos were presented and made these observations:

“without warning, without dignity, without any apparent concern for Meredith or her grieving family, without decency, an attorney began to display eight foot square, gruesome, lurid and obscene naked full-frontal photographs of Meredith Kercher’s blood-smeared body, lying on the floor next to her bed where she had been murdered and sexually assaulted. She lay in the very position that Rudy Guede left her after putting a pillow under her hips to assist in the sexual assault. The photos were, to say the least, explicit, and press cameras immediately began clicking, as the courtroom spectators stood and moved toward the huge screen where the large photos were being displayed. Meredith was shown from the tips of her toes all the way to her eyes, fixed in a glassy, gruesome stare above a gaping throat slash. The audience gasped. More grisly photos followed; close-ups of the deep slash to Meredith’s throat, showing the severed muscles and larynx. But still the photos continued; photos which showed graphically the sputum foam which was the result of her labored breathing as the blood from her neck drained into her lungs. The photos showed her empty eyes and her blood-caked hair.”

“The graphic, obscene, desecrating photographs shown today had no evidentiary value. No legitimate purpose was served by the photographs. Nothing about the murder scene was in dispute in this session. Nothing about Meredith’s death, her condition at the time of death, or her body was in play. In short, there was no reason in the entire legal world to show detailed photographs of the violated body of his clients’ child and sister. No reason except money. The display was gratuitous, designed to horrify and shock a jury. And it horrified. And it shocked. But maybe only the conscience of decent people. Several people left the courtroom, and many were left traumatized.”

Maresca’s actions make it clear that he cares more about money than he does about Meredith Kercher. Victory for Maresca means cash in his pocket and nothing more. Throughout the entire first trial and the appeal, the courtroom was closed to all outsiders whenever it was necessary to show Meredith’s body during criminal proceedings, a gruesome reality that is unavoidable in a murder trial. Maresca chose to put Meredith on display without any warning whatsoever, in a courtroom overflowing with camera ready journalists, in attempt to secure a monetary settlement.

One has to wonder why the Kerchers still have faith in Maresca after he pulled that repulsive stunt in 2011. Maresca has remained the Kercher family lawyer to this day, even after admitting that he did not have the Kercher’s permission to show those photographs. Maresca’s latest stunt in Florence, falsely accusing Amanda Knox of using Meredith Kercher to solicit money, must not go unchallenged. In my opinion, if Maresca is incapable of doing so on his own, it would be appropriate for the Kercher family to instruct their attorney to issue a retraction and an apology for his inappropriate remarks.

On December 4, 2009, Amanda Knox & Raffaele Sollecito were wrongfully convicted for the murder of Meredith Kercher in Perugia, Italy. On October 3, 2011, Amanda and Raffaele were acquitted on appeal and were released from prison. In March of this year, the Italian Supreme Court overturned the acquittals of Amanda and Raffaele and ordered a new trial. The third trial began in Florence in September and is expected to wrap up in January, 2014.

Meredith Kercher’s killer, Rudy Guede, was convicted and sentenced to 16 years in prison for her murder. His conviction was finalized by the Italian Supreme Court.  Sadly, Guede will be eligible for work release as early as 2014.

Please visit Injustice in Perugia to learn more about this case.