You can have it both ways, as many of historical striking examples show. In this way Yugoslavian industrial production increased substantially during Josip Broz Tito’s dictatorship. And the Chinese Economic Miracle was a consequence of Mao Zedong’s rule.

Odd enough, that citizens of the most powerful European state have been constantly living in fear and under pressure. This is where once beloved by the majority of her fellow citizens “Mutti” led Germany. The first thing that could be associated with twelve years of her chancellorship is ‘a sacrifice’. 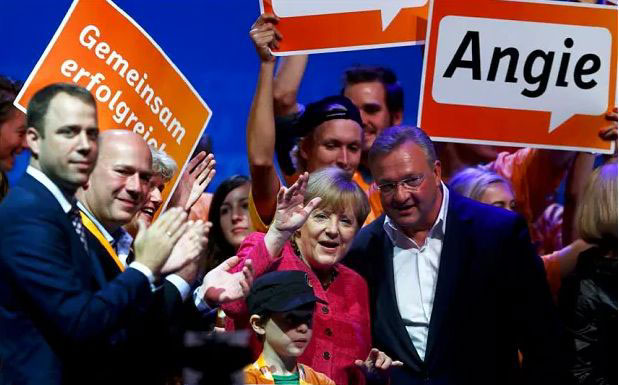 Merkel was called “the Chancellor of Changes” at the very beginning of her career as a leader of the German Government. Everyone placed high expectations to her policy of “small steps”. Her predecessor Gerhard Schröder paid more attention to strengthening of the foreign political and external-economic relations of Germany, than its economics and domestic social troubles. The net result was lack of economic growth compared with Denmark, the Netherlands and Great Britain. Also, the number of Germans decreased by 2.8 million, while the population of immigrant origin increase of 3.5 million by 2006.

Thus Mrs. Chancellor received a country facing its rather hard times, lacking of permanent jobs with social guarantees and suffering from a growing migrant stranglehold. That is why she had won popularity at once placing the bet on the protection of the Christian values, including such traditional institutions as the family, the compulsory integration of foreigners to German society, the economic unity of federal states and the balanced foreign policy course, as well as the promise to resolve the crisis in EU.

Since the first 100 days of Merkel’s governmental activity, the enthusiasm of maintaining the perspective on dual partnership with Russia together with moving closer to Washington, high-flown words about establishing nurseries and “parents’ money”, replacement of temporary employment contracts with two-year probationary period and other “first signs of the German rise” died down, however. And Germans shortly remembered an old English proverb “no news is good news”, for they started to fear those changes “Mutti” was bringing about.

It turned out that Merkel just continues the policy of the economic recovery that Schröder started at the end of his chancellorship. It was in cuts of unemployment pays and loosening of control at the labor-market to stimulate creation of low-paid and part-time jobs. Meanwhile, trade unions were forced to freeze fees because of a flow of underpaid workers from Eastern Europe. This measure really gave all-time minimum unemployment rate by year 2011 and boosted the “Kanzlerin’s” rate, in spite of critics of the Schröder for his arguable Hartz IV, which has been acting after several insignificant amendments up till now.

The global financial crisis 2008 became, obviously, the general nightmare of the German economics. At that time social and economic budget items were sacrificed for throwing 500 bn euros to save German banks. Once again, Mrs. Chancellor devoted attention to macroeconomic performance while neglecting the decline of common living standards in the country and problems of the poor that went with that. Thus in 2008, Germany was shaken with a number of young child deaths in the endangered and low-income families caused by hunger and neglect among other reasons. According to the Children Aid Organization, in spite of the stirred up scandal and feverish measures to protect children undertaken right after those incidents, more than a million kids and teenagers are living in poverty in German. Also there is no obligatory well-child care in some German States. 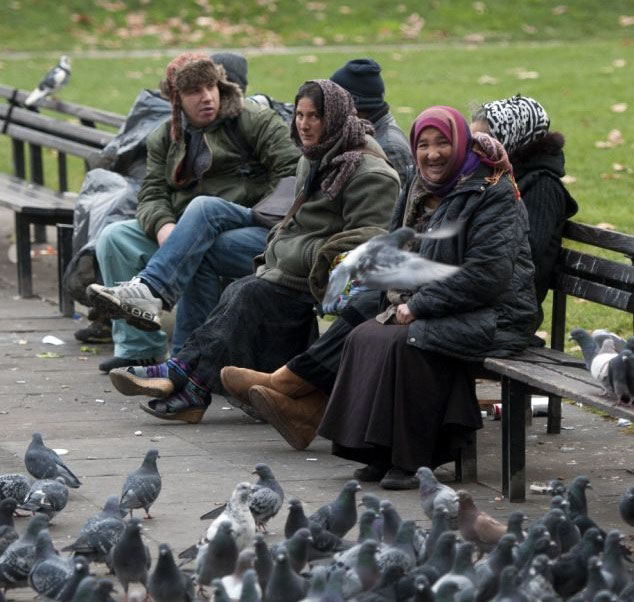 Overall, it appears that the German people’s welfare is the last thing Merkel is worried about. Unlike citizens of ‘less prosperous’ Czech Republic, Hungary, or Italy, most Germans don’t have their own real property. Meanwhile, the rental has been doubled during the last ten years. The retirement age has been steadily increasing, for the State “cannot afford such financial burden as this number of pensions.” Instead, the allocation of considerable financial resources as aid for the EU debtor countries suddenly (!) occurred to be possible. For instance, in May, 2010, Merkel’s Cabinet gave 22.4 bn euros to save Greek economy almost immediately after the Chancellor stated she had no intention of doing it. However the next year she sharply criticized the indebted countries demanding them to work harder, to decrease the number of vacation days and to increase the retirement age to the German level. Greece, Spain and Portugal had already started implementing painful social and economic changes earlier imposed by Germany. That is why Merkel’s words gave great offence. Southern Europeans considered that she encouraged Germans thinking that their country had been feeding the rest of the European Union at their expense. “The feeling here is that Merkel is sacrificing Europe to the altar of domestic politics,” said Richard Young, the former director of the European think tank FRIDE in Madrid. At the same time, The Guardian had been speculating, if “Germany might have to sacrifice Greece to save euro”.

This very Merkel’s rhetoric sowed discord between the EU members and inside Germany, boosting further rise of Euroskepticism and the new EU crisis. The chancellor, indeed, destroyed her own efforts to strengthen process of European unification and to adopt unitary European Constitution. Euroskeptic parties have established their position in nearly all the EU countries after such allegations. Scotland and Catalonia tried to gain independence via referendum. Some of European countries blackmailed the rest of the EU threatening with exit, as Greece attempted to do in 2015. Some of the states have been refraining from withdrawal from the European Union just fearing of the disastrous economic consequences. That is why the Great Britain has become the first one. Brexit has dealt a crippling blow to the European integrity setting a key precedent. Following this there is more and more talk about Italexit, Nexit, Frexit, Finexit, or Oexit possibility. 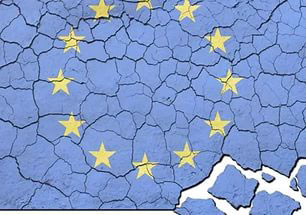 One thing is certain: the European countries no longer consider the EU to be an integral and indivisible formation; they don’t trust each other and see no perspective in unification. You may thank Mrs. Chancellor for continuous pointing at the inequality of rights and opportunities of the various EU members and reminding about their dependence from Germany, which has put this much into the Union reaching beyond its citizens’ interests. Such statements actually tarnish the Merkel’s image. Some have begun suspecting her and the country under her leadership of imperial ambitions. Germany has been increasingly seen not as a first among equals, but as a dictator imposing his game rules and telling the further development paths to other countries.

The “Kanzlerin” exacerbated this impression by becoming one of the Minsk agreements’ guarantees. From the very beginning it was clear that the implementation of the agreements is impossible until the parties of conflict would wish to resolve their differences in a peaceful manner. Besides, out of three guarantees, Russia has been the only one to have any idea of what’s going on in Donbas. But, here too, Merkel much desired to show her credibility and skill of resolving the worst possible situations. Judging from the further actions of Germany and France, they both see the role of guarantee as an expression of mourning condemnation of each violation of the Minsk agreements; also in worsening of artificial economic war vs. the third guarantee as punishment for the non-implementation of these agreements, however. From then on, all mass media started talking about another sacrifice. This time German big business became a lamb to slaughter. It was forced to cut short the relations that had been established for decades, so that it suffered billion-worth losses. After that all European countries, tired of enforced anti-Russian sanctions, started to support the lifting of them as sliding towards economic collapse.

Yet, Merkel didn’t heed the voice of the majority, as well. She was more interested in the opinion of such powerful and influential political and trade ally as the USA. Merkel even let go the diplomatic scandal 2013 with the NSA been eavesdropping on her phone, for prospects for such cooperation. She began to push an idea of the so-called Transatlantic Trade and Investment Partnership (TTIP) instead. Keeping her manner of ignoring people, in her view, lacking power or money, Merkel turned a blind eye both to multi-thousand protesting crowds and experts’ opinion warning on this partnership threaten to EU standards in such key areas as health care, labor market, social protection, and environment. The German Chancellor started talking about impossibility of the cooperation just after the Donald Trump’s electoral victory became evident.

The EU refugee crisis has become the third significant nail in the coffin of Merkel’s political reputation. She seemingly has forgotten her declaration in 2010 about the “death” of German multiculturalism. After her famous “Wir schaffen das” Germans and all other EU citizens realized that nationalists and the poor forced to tolerate unwanted and unsafe neighborhood expressed fair concerns about the migrant crisis earlier. The first crisis occurred to be a nuisance as compared with the recent calamity, initiated by Merkel. This disaster is able to wipe out all Europeans and their cultural property. Refugees are everywhere now.

The catastrophe became so obvious that the “Kanzlerin” drastically changed her mind. A year after she admitted her mistake but utterly failed to fix it. The “Pandora’s box” got opened. This is not only Germany who suffers from the crushing burden of financial and social obligations to ensure supply and integration of more than a million asylum seekers.Refugees also suffer while striving to get to the new “promised land” by all means. All European countries suffer, for Merkel imposed them her rules of the game again, so that they’ve been bound by obligations to host the forced migrants.

As a result, the leader of German government has found herself at a disadvantage shortly before the start of the election campaign, which her further political career depends on. Her previous chancellorship cannot be explicitly assessed in a positive or negative light only. In fact, Angela Merkel have been playing a difficult chess match for all 12 years, sacrificing well-being of German “pawns” for biasedly interpreted national and pan-European sake. The paradox here is that the majority of German people had been admiring even her most unpopular political steps and had been raising her personal rating for a long time. However, Germans seem to get tired living in fear of the next changes and get used to sacrifice. They sacrifice their financial health for getting banks out of crisis. They sacrifice business interests for the higher aims at foreign policy level. They sacrifice their stability and comfort for the “preservation of humanity.”

The future election will show whether the force of habit is enough to continue putting up with the foreign-policy failures, the influx of aggressive Middle Easterners and systematic neglect of needs of common Germans.