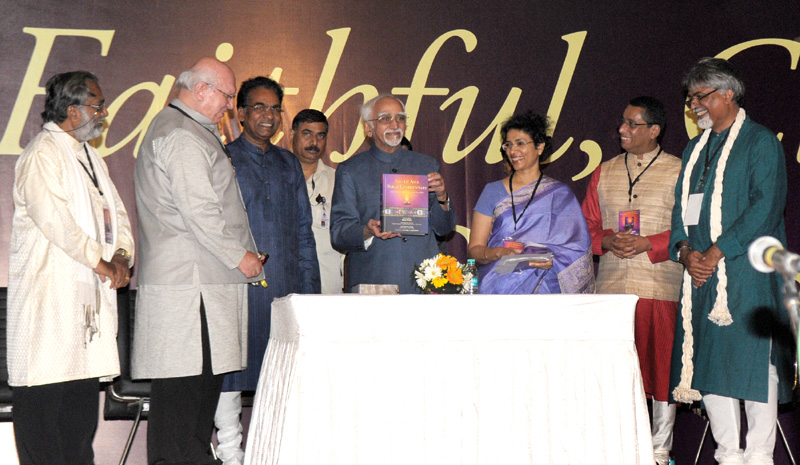 New Delhi (PIB-GR-TYP-BIN): The Vice President of India, Mr. Mohd. Hamid Ansari said that the message of the Bible is essentially one of love and compassion which runs like a common thread through all religious traditions. He was addressing after releasing the book ‘South Asia Bible Commentary’, organized at the Cathedral Church of the Redemption on October 4.

The Vice President said that the publication of a collection of commentaries on one of the holiest texts in the world is a reason to celebrate and he expressed his happiness to know that over 90 learned scholars from India, Pakistan, Sri Lanka and Nepal have contributed to the book. In addition to the learned commentaries on the entirety of the Bible, the volume also has essays and articles on some of the challenges and burning issues facing societies in South Asia, he added.

The Vice President commended the editors and the publishers for the commentary of the Bible – encompassing both the Old and New Testaments. He hoped that the commentary will make the text more accessible to a large number of people, particularly in South Asia and enable them to imbibe the message of love and compassion that the Bible has for all human kind.

The Member of Parliament (RS), Mr. JD Seelam and other Church representatives were also present on the occasion.

Filed under: News, World
Share Tweet Pin G Plus Email
previous article: Measures Undertaken By Government For Proper Use Of Pesticides
next article: Is the UN General Assembly a place to defend war criminals?