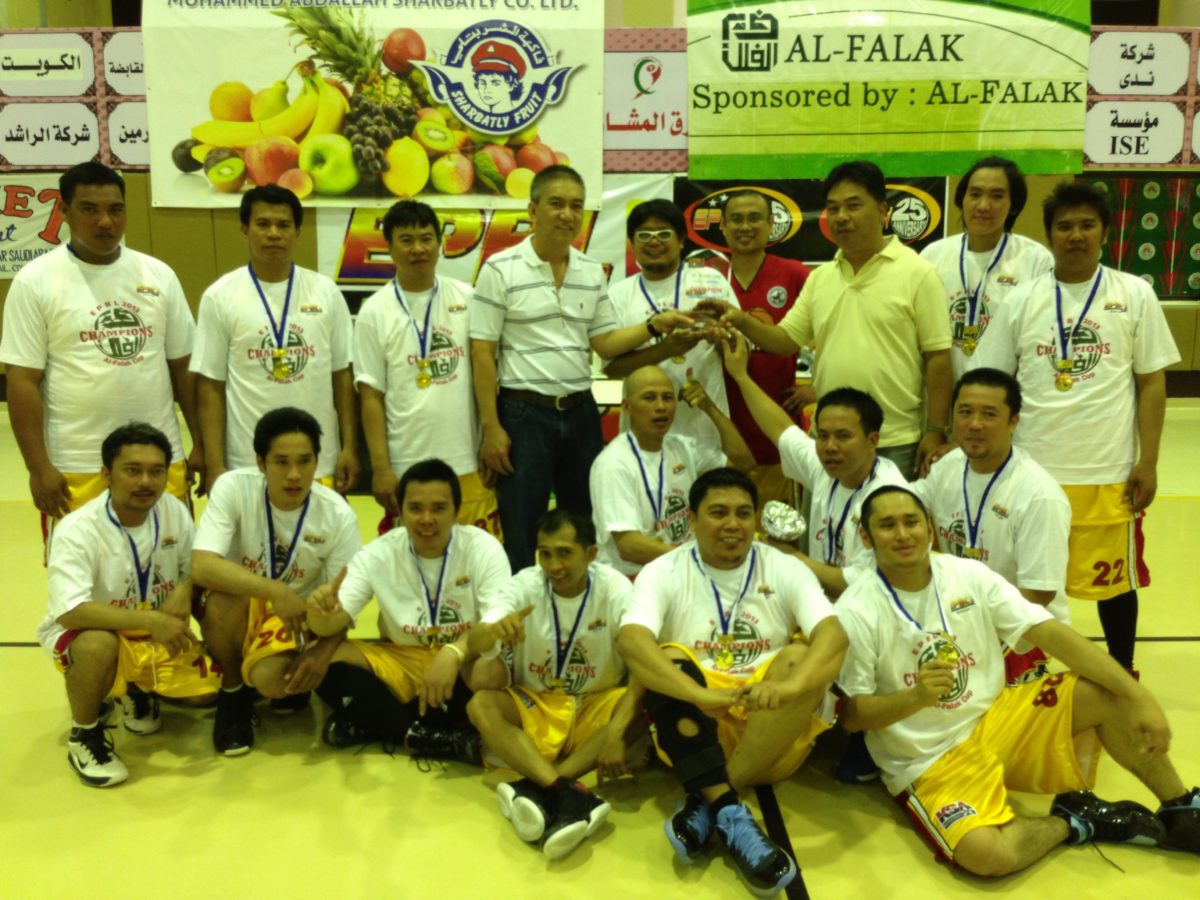 Al-Khobar, Saudi Arabia – In a sudden twist of fate, title-favorites InterContinental Hotel Al Khobar also fell victim to the giant-killing run of Metal Services to end their campaign with a 79-63 loss in the Intercompany C1 category of the prestigious Eastern Province Basketball League’s Al-Falak Cup in Dammam.

Nearly getting the boot in the elimination phase, the Steelers had to climb up the knockout ladder by racking up needed wins over Jarir Bookstore, Kabayan Restaurant and the mighty Astoon Hospital to set up the title match with the idle Hoteliers of Al-Khobar.

“The boys responded well when faced with adversity”, quipped team manager Reonel Castillo. “We never expected this win. I guess we just got lucky”, he added with a wry smile.

Down by 4 at the end of the first period, the tandem of Rogel Batuan and Franklin Ciriaco lit up the scoreboard in the next two quarters for a 13-point cushion heading into the final canto. Batuan topped all scorers with 28 points earning him the MVP award while mythical five member, Ciriaco, added 10 markers, 9 of which came from the searing second-quarter run.

Adding to the Hotelier’s woes was the untimely ankle sprain suffered by its ace guard Mark Gonzales at the start of second half and the Intercon five were slowly trimming Metal’s lead. Fresh from converting a trey, the streak-shooting Gonzales landed awkwardly while fighting for a rebound on the return play. With their court general neutralized and outside threat diminished, Metal’s flashy guards, Carlos Reyes and Randell Hernandez, wreaked havoc on Intercon’s backcourt while the Hoteliers relied heavily of the inside duo of best power forward Aldwin Dichoso and best center awardee Dojie Claro to carry the scoring cudgels. Reyes round up the mythical five as the tournament’s best point guard.

The event’s silver sponsors are Sharbatly Fruit and Phuket Restaurant.