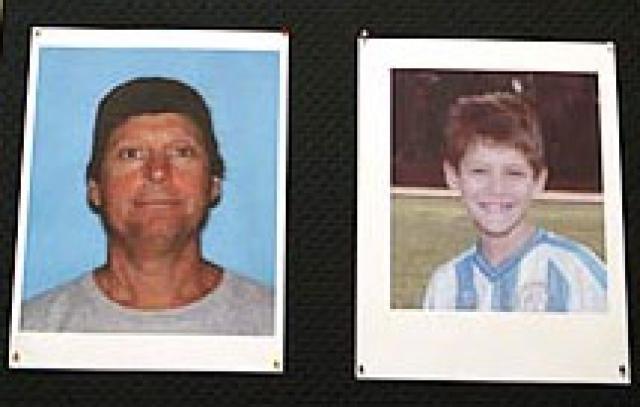 When Lonnie Ramos, 46, stepped in front of a bus in Ciudad Juarez, Mexico on Sunday, he ended a saga that had begun five days previously when he shot his estranged wife and abducted his nine-year-old son.

The story began on Wednesday in southern California. Gynnae Ramos pulled up to Lonnie’s home to pick up their son Ryan, who had been visiting his father. The two had been squabbling since Gynnae filed for divorce five years ago. Instead of delivering Ryan, Lonnie approached Gynnae’s car and shot through the windshield, striking her in the eye, chest and stomach. He then fled in a red Porsche. At some point, he apparently picked Ryan up and the two switched from the Porsche to an RV.

Meanwhile, the injured mother was able to show deputies her injuries, and tell them who shot her, along with possible contacts and phone numbers. An Amber Alert was broadcast for both vehicles. Ramos, on the run with his son, attempted to purchase an airline ticket at John Wayne Airport, but left when he was asked for identification. A tipster said he saw the father cross the Mexican border on foot with his son near Andrade, about 160 miles east of San Diego. Yuma, AZ, sheriff deputies found a .40-caliber handgun in the RV that was abandoned near the border crossing.

The two ended up in Juarez, where they checked into a Mexican hotel. Ryan and his father watched news stories of themselves on TV although Ryan could not understand the Spanish words and still was unaware of what had happened to his mother.

For some reason, Lonnie Ramos took Ryan to a Mormon temple on Sunday and left him there. Ramos  had converted to Mormonism last year. He called his father in Washington, D.C. and told him where he was and that Ryan was at the temple. The grandfather contacted Orange County detectives and security officers at the temple took Ryan to the US Consulate. Sometime later, Lonnie stepped out into a busy Juarez street and was struck and killed by a bus in what may or may not have been a suicide.

Ryan was reunited with his mother in a Mission Viejo, CA, hospital. She is reported in good condition.

Ramos, an unemployed contractor and salesman, had not worked in months and was losing his home because he could no longer afford the mortgage.