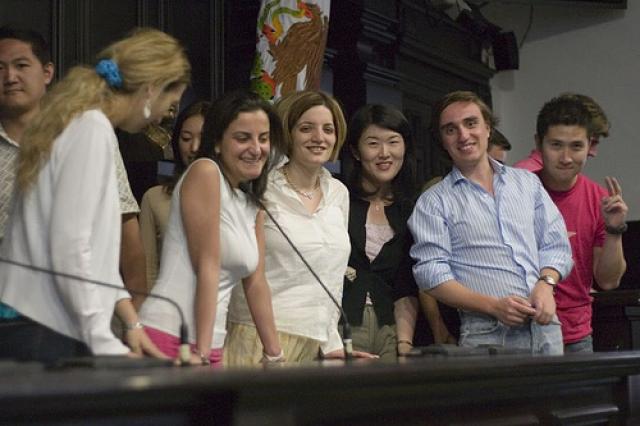 Currently, in Mexico you need to belong to a political party to be eligible for a seat in Congress. It is often argued that this system only fosters a power monopoly of the political class who looks after its party interests. Months ago, a group of citizens had pushed for substantial reforms to Mexican democracy, one of those was a Political Reform [1] that included, among other things, the possibility of recall elections [2].

But since it became impossible for these reforms to get approved, and taking into account that it is a presidential election year [3], the same group that promoted #ReformaPolíticaYA (”Political Reform NOW”) is now driving a series of changes to the Federal Code of Institutions and Electoral Procedures (Cofipe) that would allow independent citizens to run for an elected office.

The system works as follows: citizens register on the site democracia.mx [4] [es] and the group analyzes his/her profile to see if the person fulfills the requirements, that according to what Juan Pablo EMT (@JuanPabloEMT [5]) [es] said on Twitcam, are:

Do not have any party interests, be an independent citizen and have fresh ideas

The group of young people behind this initiative intends to offer legal support to the citizens that get elected for a popular election office and hand them a kit to explain their next steps.

Selected independent candidates will go to register at their local Federal Electoral Institute [7] (IFE) [es], IFE will reject their registration and then the group will go to a judge to contest the decision. The youth hope the judge will allow the name of the independent citizens to appear in the ballots on July.

This idea thoroughly reflects the constant search for ideas of a young generation that doesn’t feel represented.

José Manuel Azpiroz (@jmazpiroz [8]) [es], Director of the area of Leadership Training of Ethos Foundation, mentioned one of the main points of this idea:

How about we recover the Mexican Congress? Yes, the one that’s been kidnapped by the political parties. #300vacantes (#300 vacancies) #occupySanLazaro

Aren’t you fed up of the abuses of those who call themselves our representatives at Congress? If your answer is yes… There are #300Vacantes!

YONOFUI (@YONOFUI [13]) [es], who is one of the most active members of the movement, believes something is changing in the way many think:

I love to see more and more Mexicans deciding to take the lead and not waiting for the government to solve things.

The process is uncertain and there is no guarantee that the citizens that the group presents will appear on the ballots. However, it is a last resource (after trying to have the Congress sponsor the necessary changes written in the Political Reform), full of wit, to try to transform a paradigm that up until now seemed foundational: only those who belong to a political party can be elected to hold public office.