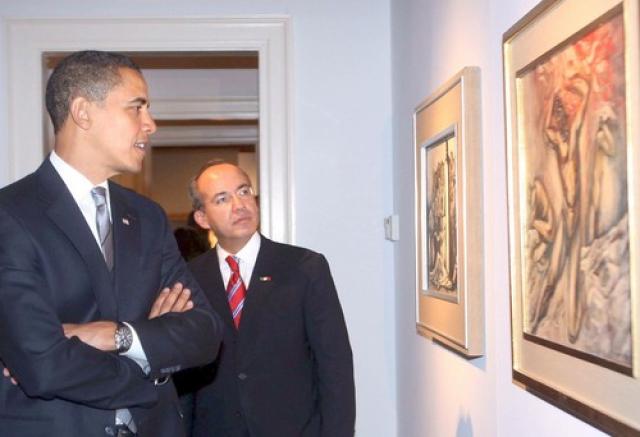 Mexico is being characterized as a “failing state” in two recent U.S. reports on the status of the country and its fight against drug crime. The analysts warn in the reports that the government could collapse in a few years and recommend that the U.S. monitor Mexico along such states as Pakistan as a “weak and failing” state that could crumble swiftly.

The reports come in the wake of a relentless drug war that killed 5,300 last year, and has struck fear into Mexican citizens and driven away scores of tourists and visitors to the country.

Mexican officials chafed under the analyses, saying the state itself is strong despite the rising violence and said most of the violence is centered in Ciudad Juarez, Tijuana, and Nuevo Laredo.

"They’re pushing back, but I think the evidence is on the other side," said Mexican scholar George W. Grayson. "You’ve got more cartels, in more diverse activities. They’re in more states. They’re killing more people. They’re kidnapping more people and getting more attention for the savagery of their acts."

As an indication of the continuing violence, the state of Chihuahua recorded 13 deaths last week, nine in Juarez. In a particularly gruesome case, a Mexican man has confessed to dissolving 300 bodies of rival gang members in caustic lye.

If the “failed state” analyses prove to be correct, Mexico could rise to the level of Afghanistan and Iran in challenges President Obama must address.