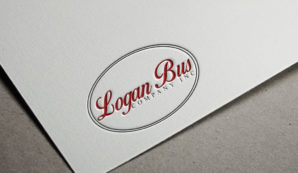 Renowned private school bus transport entrepreneur Michael Tornabe recently hosted an informal meet up inviting like-minded patrons in the transportation industry to delve into future technologies that will transform transportation, as we know it today.

Many of these technologies surround use of automation and robotics to propel vehicles without the assistance of a human driver, a technology that has currently been explored and tested by various companies. In specific, he highlighted General Motors’ version of the driverless car, which they have christened the electric-networked vehicle, or EN-V.

“The EN-V is a battery-powered, two wheeled vehicle that is intended for transportation in urban areas. Just like Google’s version, it is a self-drive model that utilizes sensors to ‘see’ its surroundings and wireless communication to navigate itself to various points within the city. As a fully electric model, this car produces zero emissions and its compact size is ideal for use in densely populated metropolitan areas.”

He further described that the EN-V was unveiled in 2010 as a low-speed, self-balancing vehicle, and has undergone various modifications to give rise to the four-wheeled model that was showcased in Tianjin Eco-City in China last June. The company has been working on this and many other advanced technologies to make transportation easier, greener and safer, decongesting major cities and reducing time spent in transit to various places.

“The current model resembles a bubble rather than a car, and it was created specifically for use in confined spaces. In place of conventional hoods, this car has a small snub nose with a large windscreen, with front-hinged and upward opening doors that lead into a rather spacious interior”, Michael Tornabe described.

“Features on the interior much resemble standard vehicle controls including acceleration and brake pedals and steering wheels. However, it is different in that it has LIDAR sensors, cameras and V2X technology, which is how the vehicle perceives its surroundings.”

About Logan Bus Company & Michael Tornabe:
The Logan Bus Company & Affiliates was set up in Logan in 2003 by well-known entrepreneur, inventor and patent-holder, Michael Tornabe. From 700 contracted routes given by the NYC Department of Education, the company has grown to become the largest private school bus operator within the state of New York, plying over 2,000 routes today.

Speaking of the brains behind the operation, Michael Tornabe has always been the entrepreneurial success story, having founded a successful Long Island roofing company prior to the bus company’s inception. While businessman-ship flows through his veins, Michael Tornabe has a passion for cars, preferring to be under-the-hood – in the heart of operations – rather than at the forefront. His excellence with car service rightly distinguishes his fleet of buses among the best-maintained fleets.

Privately, Michael Tornabe avidly supports several charities including the Wounded Warriors, NYPD, FDNY, Queens Boys and Girls Club, and the NY State Troopers. His heart lives to see children protected so that they can benefit from the education that would shape their futures. Learn more at http://www.loganbuscompany.com