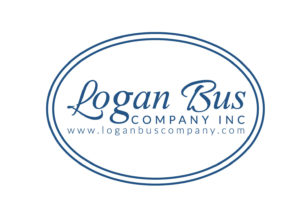 “Imagine you’re taking a long train ride. Stopping for two minutes at every station along the way adds up to a lot of time wasted, not to mention the energy expended in restarting the train once it stops. This is the problem that the creators of the never-stopping train are trying to solve.”

These were future transportation technology enthusiast, Michael Tornabe’s opening remarks as he set out to explain just why the never-stopping train technology could change the face of future transportation. “The concept was developed by Asia researchers, and it consists of a train that runs on tracks as normal, but with cars running at its top. These cars are designed to detach from the train when it approaches a train stop, allowing passengers to disembark having made their way from the main train,” Michael Tornabe explained.

He further added that at every train stop is another car that will be picked up by the train, from which new passengers can make their way to the main cabins. In this way, the train below never has to stop. “High-speed trains have a unique and major role to play for our future transportation requirements. They are more resource and fuel-efficient than air or road transportation modes,” Michael Tornabe stated.

Even though some risk is posed with trains, most of them can be resolved by technology like this, the inventor-cum-entrepreneur explained with certainty. Most train accidents occur as a result of speeding, which can be traced back to time lapses as the train stops at various locations. To make up for it, the train conductor speeds up the train, increasing the likelihood of an incident on the tracks.

“Building a train that doesn’t stop is an idea that has been around for more than five years, before the same was implemented in China with a small tram car. While certainly ambitious, it isn’t impossible to muster the technology and resources to make it happen”, the transportation expert noted positively.

The not-stopping, he expounded, would lead to higher dependability on train schedules since no time is wasted through in-station stops and delays. At the passenger stops, the train would simply slow down at a predicted rate each time. “Only at the final stop would the train finally stop, starting again in time for the next commute”, Michael Tornabe concluded.

About Logan Bus Company & Michael Tornabe:
The Logan Bus Company & Affiliates was set up in Logan in 2003 by well-known entrepreneur, inventor and patent-holder Michael Tornabe. From 700 contracted routes given by the NYC Department of Education, the company has grown to become the largest private school bus operator within the state of New York, plying over 2,000 routes today.

Speaking of the brains behind the operation, Michael has always been the entrepreneurial success story, having founded a successful Long Island roofing company prior to the bus company’s inception. While businessman-ship flows through his veins, Michael has a passion for cars, preferring to be under-the-hood – in the heart of operations – rather than at the forefront. His excellence with car service rightly distinguishes his fleet of buses among the best-maintained fleets.

Privately, Michael Tornabe Bus avidly supports several charities including the Wounded Warriors, NYPD, FDNY, Queens Boys and Girls Club, and the NY State Troopers. His heart lives to see children protected so that they can benefit from the education that would shape their futures. Learn more at http://www.loganbuscompany.com