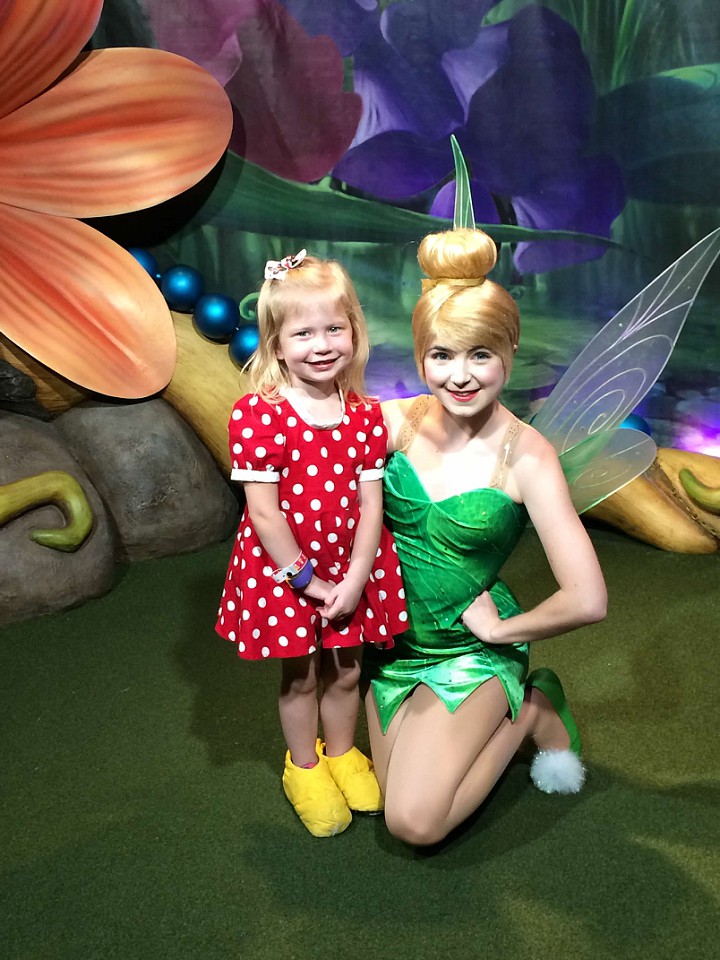 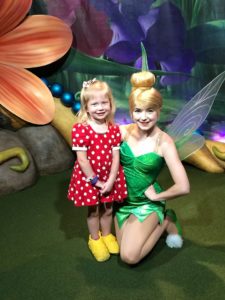 Four-year-old Sophia was getting ready for her weekly dance class, when her mother, Kristy, noticed she had a low-grade fever. Although she displayed no other symptoms, Kristy decided to take Sophia to her pediatrician, as it was unusual for her to have a fever, let alone complain that she was not feeling well.

In a matter of days, it became evident that something was seriously wrong. Even after administering alternating doses of Ibuprofen and Tylenol Kristy recalls, “her fever continued to spike and then she started to complain that her hip and leg were hurting.” Jason, Sophia’s father, was also concerned that Sophia was unable to pinpoint the area in her leg and hip where she felt pain. The location of the pain appeared to move depending on when Sophia was asked where it hurts.

After returning to her pediatrician for a second visit, Sophia was sent to the Children’s Hospital of Michigan-Troy for blood work. Her parents were informed that the results of the tests showed Sophia had an abnormally high white blood cell count. Sophia was then transferred and admitted to the Children’s Hospital of Michigan DMC so that doctors could further evaluate her symptoms and perform additional tests.

Initially, the doctors conducted every blood test available. While waiting for results, Kristy and Jason noticed changes in Sophia’s behavior, depending on the time of day. During the day, Sophia would behave as a normal child and would play and jump around in her hospital room. At night, it was a very different experience. Sophia would complain of pain and stomachaches, and would cry due to her discomfort.

Test results ruled out heart conditions, cancer and rare diseases. Shortly after this time, Sophia took a dramatic turn for the worse. At one point, Kristy recalls “she had a night terror like experience, which lasted eight hours, where she cried in pain constantly. In the morning we realized that she was now incontinent and when we tried to pick her up she was paralyzed. Her eyes rolled back and she was repeating the vowel sound AAA for the two hours leading up to her trip to the operating room.”

Sophia then underwent an MRI of her brain and spine, at which point it was discovered she suffered from Acute Disseminated Encephalomyelitis (ADEM). ADEM is a brief, but intense, attack of inflammation (swelling) in the brain and spinal cord and occasionally the optic nerves that damages the brain’s myelin (the white coating of nerve fibers). ADEM is sometimes difficult to distinguish from multiple sclerosis (MS) since both disorders include loss of vision, weakness, numbness and loss of balance. Typical symptoms of ADEM include fever, headache and confusion, vomiting and seizures.

During her stay at the Children’s Hospital of Michigan, Sophia was treated by Mitchel T. Williams, M.D., neurologist on staff, who has a special interest in ADEM. The disorder, which is more common in children than adults, is thought to be an autoimmune condition where the body’s immune system mistakenly identifies its own healthy cells and tissues as foreign and attacks them resulting in inflammation. The cause of ADEM is unclear, but in more than half of diagnosed cases, symptoms appear following a viral or bacterial infection, and very rarely, following vaccination. In Sophia’s case, an underlying cause of her diagnosis was never determined.

Over the coming days, Sophia underwent a number of treatment options, including a high dose intravenous steroid treatment, which has been shown to help eliminate swelling and accelerate the patient’s recovery.
Sophia spent more than one week in the Pediatric Intensive Care Unit, and was seen by a number of specialists, including Orthopedics, Infectious Diseases, Neurology, Oncology and Nephrology. After what appeared to be an improvement in her symptoms, Sophia was discharged from the hospital. Shortly after her discharge, Sophia returned to the hospital’s Emergency Room with Kristy and Jason because her fever had returned and she seemed overly tired. By that evening, Sophia’s condition had severely worsened, at which point it became clear that ADEM was attacking her brain stem.

“During the first attack, and while she underwent rehabilitation she was able to talk but it was hard for her to walk and she struggled from a physical perspective. After the second attack her speech, sight, physical control and memory were all severely affected. Cognitively, my 4 year old had the intellect of an 18-month-old,” Kristy says.

Dr. Williams explains at that time, Sophia began the recommended course of treatment for ADEM. The Hospital administered high dose intravenous steroids and intravenous immunoglobulin (IVIG). IVIG is created from plasma (the portion of the blood where the immune globulins and other blood proteins are contained), that is donated from tens of thousands of healthy individuals. The plasma is then pooled together and chemically treated to isolate the immune globulins, and remove any other blood proteins or blood-borne pathogens. The end result is a highly purified immune globulin preparation that can help stabilize an abnormal and overactive immune response.

“The sudden worsening of her symptoms, despite the initial response to the standard first line therapy, indicated that we had to be more aggressive in our treatment of Sophia,” says Dr. Williams. With that, Dr. Williams and the multidisciplinary staff at the Children’s Hospital of Michigan initiated a treatment called Plasmapheresis. “This is a process where we continuously filter the part of the blood called plasma, which is composed of many different molecules and proteins including antibodies. We then filter out as much of these potentially abnormal antibodies that trigger the autoimmune reaction as we can. This, along with a prolonged course of steroids helped stop further damage and allowed Sophia’s body to begin to heal itself,” he says.

Once Sophia completed Plasmapheresis treatment, she was transferred to the Hospital’s rehabilitation unit, where she underwent intense treatment and rehabilitation provided by the hospital staff including Charles Pelshaw, M.D., physical medicine and rehabilitation specialist at the Children’s Hospital of Michigan. Dr. Pelshaw and his team of therapists worked diligently with Sophia to help her with all aspects of her recovery.

“Sophia was a real trooper. She needed to relearn nearly everything that she had done previously. She at times would get frustrated, but the rehabilitation team and her family kept her going and progressing in the right direction. Over these months, Sophia has made exceptional progress and has a wonderful prognosis with full recovery,” Dr. Pelshaw says.

The road to recovery was very difficult, scary, and at times, overwhelming. During her ordeal with ADEM, Kristy recalls the frustration and anxiety of not being able to alleviate her daughter’s pain, misery, and fears. Sophia was a fun-loving and intelligent little girl who loved rainbows and would routinely draw very colorful pictures of them. On a day when Kristy’s spirits were at rock bottom, a positive sign presented itself.

“I walked through the Ronald McDonald House parking lot. On a grey Michigan evening when there was no rain, I looked over towards the Children’s Hospital of Michigan and there was the brightest rainbow I have ever seen directly over the hospital. I then had a sense that everything would turn out okay,” she says.

Almost two months after Sophia’s initial hospitalization, she was finally discharged from the hospital’s inpatient rehabilitation unit. Sophia then underwent further outpatient physical therapy and speech therapy to help with her physical deficits, balance and cognitive issues. According to Dr. Pelshaw, Sophia’s progress has been very dramatic. Kristy explains, “She has had some emotional struggles but physically she has made a remarkable recovery. She is back to being my incredibly smart and sassy little girl and will soon be participating in her dance recital. We are so thankful to the doctors, nurses, child life team, volunteers, and staff at the Children’s Hospital of Michigan who saved our daughter from this devastating disorder.”

For further information or to schedule an appointment call (313) 745-KIDS or visit www.childrensdmc.org.