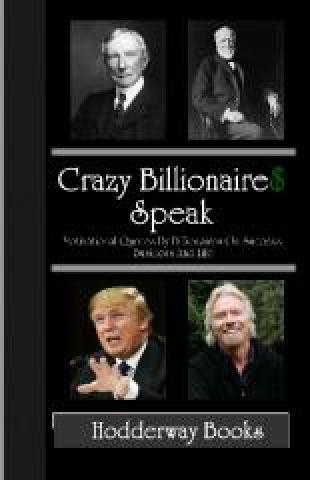 I recently had the opportunity to interview a beneficiary of a micro-credit scheme in Mombasa, the world-renown, yet poverty-stricken tourist hotspot in Kenya, East Africa. We will call her Mary.

Her story was amazing. Mary finished College in 2005, but getting a job proved really difficult. As is the case with so many graduates in the country who are unable to find unemployment, many of her colleagues in College had taken to selling their bodies and engaging in all sorts of immoral money-making schemes. But she had a different idea. She had a passion for African fashion, and as a talented designer, she had previously, during her spare time, designed some traditional Maasai shoes, and slippers which she had sold to European and American tourists visiting Mombasa. She wanted to delve into it fulltime as a business, but she needed capital to buy the required raw materials needed to kick start her business. She had approached a traditional bank for a loan of $200 to start off, but since neither she nor her parents have land, a pay slip, or any sort of collateral, she was refused the loan.

When a neighbor advised her to approach a local microfinance institution, she did. She presented them with her idea and requested for the loan. They were only too willing to help. With the loan, Mary developed and grew her business. Today, her business is booming. She sells her products through tens of tourists scattered around Mombasa. Tourists and locals alike adore her footwear, and she has been able to create employment for seven more people.

In 1976, Bangladeshi Economist and Nobel Laureate, Mohammed Yunus developed the concept of Microfinance. The idea was simple. Give microloans of a few dollars or more to underprivileged, but self-employed and entrepreneurially-minded individuals in developing countries so that they could create business enterprises for themselves, and lift themselves out of poverty. He was catering to a segment of the society which commercial banks neglected for many years- the rural/urban poor who could not afford to provide collateral to secure traditional bank loans. But since they could not provide collateral, they had to be of good character and integrity to pay the loans back. Furthermore, he provided mentorship and guidance to the beneficiaries of the loans on how to run their business into profitability. It is a business model that has worked wonders ever since. The idea has helped the poorest of the poor in diverse regions and backgrounds to lift themselves out of poverty, and reclaim their future.

Microfinance has a tremendous track record of success. Hundreds of thousands of the world’s rural and urban poor, who otherwise would not have had a source of income and would have been subjected to extreme poverty, now have a living. With the loans that have been granted, new businesses have been set up. At times, these businesses have grown from sole proprietorship to limited liability companies, employing more people, and setting Africans free from the bondage of poverty.

Governments should start taking microfinance seriously. World poverty will never go away. Indeed, there will still be so many lazy ones among the determined, focused and entrepreneurial lot who will refuse to work, and continue living in poverty. But poverty in some of the world’s darkest regions can be reduced exponentially if only governments, institutions and individuals take advantage of this amazing financial opportunity to lift people out of poverty.

Anyone can help; even you. In rural Africa and Asia, a $100 loan could lift an individual out of poverty for good. Thankfully, the web has made it possible for people like you, who can afford to loan a few dollars to an entrepreneur, loan it away. Sites like Kiva.org, Microplace.com, and others have taken the lead, and are connecting individuals like you to credit-worthy, entrepreneurial good people, who are working to lift themselves out of poverty. These people do not need your charity. All they need is a loan to give them a head start; a loan which they will be only too happy to pay back with pride.

Microfinance should be taken more seriously than ever before, and all who are serious about reducing world poverty should be actively involved. You’ll be surprised how far a few dollars can go to change the future of the world, one person at a time.