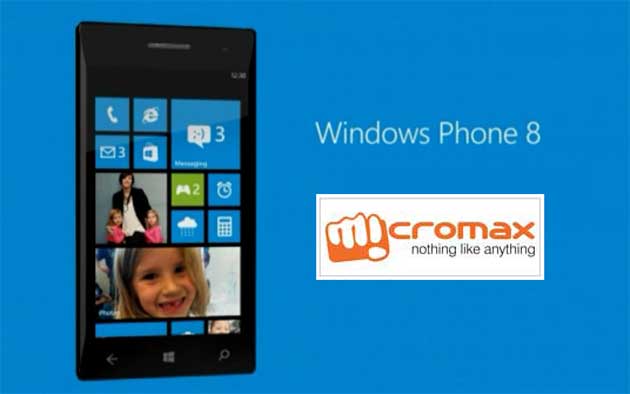 In a recent event in New Delhi, Micromax unleashed its latest addition into the Windows-based phones.

At the capital of India an event was held on 16th of this month, where the mobile manufacturing company, Micromax launched two smartphones which will run on Windows 8.1.

At BUILD, Microsoft had made an announcement regarding its tie up with India’s 2nd best mobile manufacturing company. As a result, Micromax, released two Windows-based smartphones, which will hit the shelves next month. 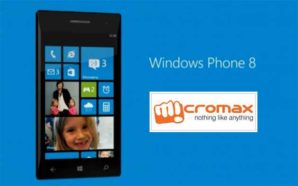 Micromax’s Canvas Win W121 and Canvas Win W092 are the two new smartphones which will be available in India at Rs. 9500 and Rs. 6500 respectively.

Windows Phones are known for their speed and consistency. Canvas Win W121, which is superior to its companion, promises the same impeccable quality. The phone supports dual SIM slots, and enables 2G and 3G.

While the weight and dimensions of the latest launch remain unknown, the smartphone will be packed with a 5 inch IPS LCD display with a pixel density of 294 ppi.

The phone offers a generous 8GB internal memory and 1GB of RAM. The memory of the phone is expandable with the MicroSD card till 32GB.

As mentioned earlier the smartphone will run on Windows 8.1 operating system, and will be loaded with a Qualcomm Snapdragon 200 clocked at 1.2 GHz.

When it comes to capturing moments, the phone provides an 8MP primary rear camera with LED flash and a good 2MP front facing camera. The camera also features Geo-tagging and Panorama.  The connectivity options enable GPRS, Bluetooth 4.0 with A2DP, WiFi, and EDGE. As per the reports, the smartphone is available in only Black color, which certainly gives the phone a classy look.

At the rate of Rs. 6500, Win W092 by Micromax offers 2G and 3G network, Dual SIM, 4 inch IPS LCD display wih 233 ppi pixel density. The smartphone, just like its companion, offers 1GB of RAM and 8GB of internal memory which is expandable.

The W092, however, sports a 5MP rear camera with LED flash and features panorama and geo-tagging.

While the latest Micromax device runs on Windows 8.1 operating system, the phone is powered by Qualcomm Snapdragon 200 clocked at 1.2 GHz. Other details such as the connectivity options and the color of the device are same as its companion Windows Smartphone.

About a week ago, Xolo launched its new and very first Windows phone. Other big manufacturers who have produced products running on Windows operating system include, Nokia, HTC, LG and many more. Having said that, the competition for the Micromax Windows Phones is very high.

Since Micromax had in the past built a good reputation among the Indian crowd, the expectations from the company in their new initiative is considerably high.

In order to maintain its goodwill, Micromax will have to prove itself better  than Nokia. While Nokia has a good reputation, especially for its Windows Phones, it is almost difficult to defeat this biggie.

On the other hand, while Micromax portrayed a good image, the company lost its reputation for poor service in some pockets of India, and therefore, the local people consider choosing its rival, Xolo rather than Micromax.

When a company achieves respect it also gains criticism. This is clearly evident in the Micromax story. Having said that, Micromax has certainly twisted the tale by taking such a big, unexpected leap. Over the years, the company has produced phones running on Google’s Android only. However, with this initiative, the company has opened its doors for the Windows audience as well.

However, the achievement and the success of the decision made by the company will only be identified when the two devices W121 and W092 hit the shelves, next  month.