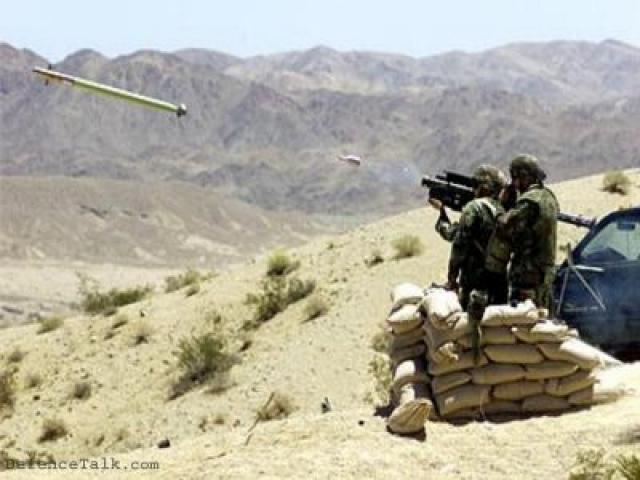 During last few years of General Parvez Musharaf rule, US incursions in tribal areas of Pakistan were tolerated and usually the Pakistan Army used to take the responsibility of the attacks launched by US drones in Bajure and elsewhere. After the February, 2008 Elections, the Pakistan Muslim League (Q), a political party created by General Musharaf, had lost its majority in parliament and eventually General Musharf had to resign to escape impeachment. The Pakistan Peoples Party (Parliamentarian)-lead coalition government in Pakistan had elected new president Mr. Asif Ali Zardari, and soon after, uproar against US incursions in tribal areas of Pakistan became so loud in Pakistani media and public circles that Chief of Army Staff General Parvez Kyani came up with a statement that US incursion will not be tolerated. The Prime Minister and President had followed suit, but both had stressed for a diplomatic solution of the problem.

On Tuesday, a US drone crashed near Jalal village of Angore Ada in North Waziristan due to some technical fault and on Thursday, exchange of fire took place between Pakistan security forces and two ISAF helicopters in Waziristan near the Pak-Afghan border. President Asif Ali Zardari of Pakistan, while addressing UN General Assembly Session, said that Pakistan would not allow any one to use its soil for attacking other countries. But the fact is that the sanctuaries do exist and his government has inherited these sanctuaries created during the war against Soviet Union in Afghanistan, financed by USA. Now from the same sanctuaries, US-lead NATO forces have been attacked and US drones and ground forces chase the attackers to take revenge.

Sanctuaries existing on both sides of the Pak-Afghan border occupied by Taliban and Alqaeeda militants are now financed by drug barons and are equally dangerous for US-lead NATO forces deployed in Afghanistan, and Pakistan security forces deployed in tribal area of Pakistan. Taliban militant commanders are now searching for the purchase of Stinger Missiles, which were provided to them by USA during the war against the Soviet Union. Stinger missiles are good for destroying gunship helicopters and planes; but now the stingers are only with US friendly countries like Pakistan and anti-US Taliban militants have no access to Stingers.

Taliban and Alqaeeda militants have popular support in Afghanistan due to dependency of Afghan growers on opium crops, which have been protected by militants in Southern Afghanistan. Taliban militants now control more than 50% of Afghanistan and militants also dominate tribal areas of Pakistan. In case  the US ends its adventure in Afghanistan due to a staggering US economy, militants will also capture Kabul. Once Talibans regain power in Afghanistan, their Pakistani accomplices will increase their efforts to capture Islamabad too. Islamic Political Organizations in Pakistan have established their own militant wings due to frequent defeats in general elections. These organizations, once big supporters of US policy in Afghanistan during the war against the Soviet Union, are now speedily organizing their own militant wings all over Pakistan. A militant commander fighting in Swat against Pakistan Security forces is from Punjab. Kohat Friendship Tunnel was also captured by militants of Punjab. They had also fought against Pakistan security forces in Dara Adam Khel too.

The militancy factor in Afghanistan and Pakistan is an outcome of feudal and dictatorial regimes. Oppressed people were compelled to take up arms against established dictatorial regimes. By promoting social justice through education and economic upliftment of the people, militancy can be controlled in Pakistan and Afghanistan. Land reforms, restoration of fundamental rights of the people are the steps through which elected governments can gain popularity and can reduce the support of militants in public.  At the same time, reform of government institutions to adjust them in democratic set up is also need of the hour. Better training and equipment for security forces can also help to improve the situation.