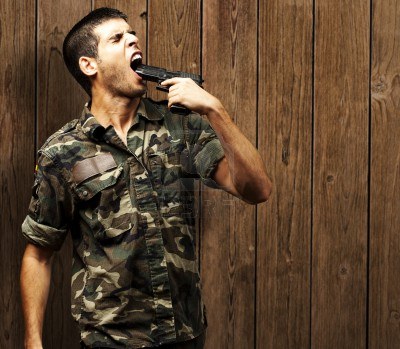 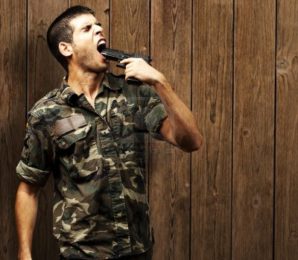 Suicide (Latin suicidium, from sui caedere, “to kill oneself”) is the act of intentionally causing one’s own death. Suicide is often committed out of despair, the cause of which is frequently attributed to a mental disorder such as depression, bipolar disorder, schizophrenia, borderline personality disorder, alcoholism, or drug abuse. Stress factors such as financial difficulties or troubles with interpersonal relationships and long deployments overseas often play a role.

The Army released suicide data today for the month of October 2013. The numbers are disturbing.

“Among active-duty soldiers, there were 10 potential suicides:  None have been confirmed as suicide and 10 remain under investigation.  For September 2013, the Army reported nine potential suicides among active-duty soldiers; however, subsequent to the report, one more case was added bringing September’s total to 10: three have been confirmed as suicides and seven are under investigation.”

The Military Crisis Line offers free and confidential support to service members in crisis or anyone who knows a service member who is. The service is staffed by caring, qualified responders from the U.S. Department of Veterans Affairs (VA), many who have served in the military themselves.  Support is offered through the crisis line, online chat, and text-messaging services for all service members (active, National Guard and reserve) and veterans 24 hours a day, seven days a week, 365 days a year by visiting the Military Crisis Line website at http://www.militarycrisisline.net; Online Chat  at:http://www.veteranscrisisline.net/ChatTermsOfService.aspx; sending a text to: 838255 or calling toll free at:  1-800-273-8255, Press 1; in Europe Dial:  00800 1273 8255 or DSN 118.  Services are available even if members are not registered with the VA or enrolled in VA health care.

The Army’s comprehensive list of Suicide Prevention Program information is located at http://www.preventsuicide.army.mil.

Filed under: Military, News
Share Tweet Pin G Plus Email
previous article: Media Center For National Security Has Been Abolished With Immediatte Effect
next article: The Power Of Keeping Secrets