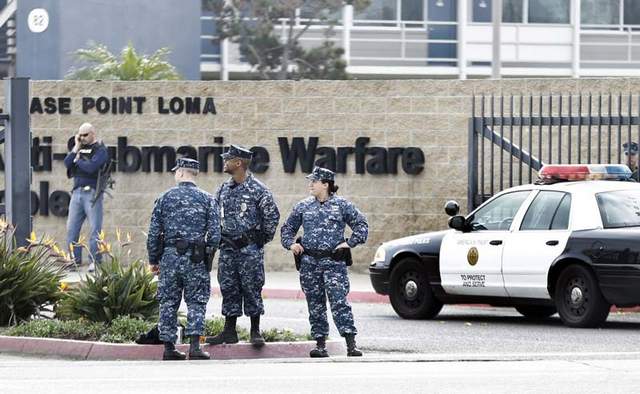 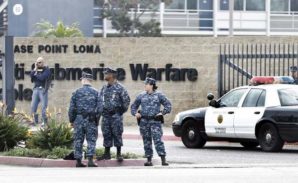 “I’m actually surprised that you are the one who got in trouble…your boyfriend is the individual who got you on base and didn’t get you a visitor’s pass. (I’m assuming you didn’t jump the fence or something like that.) I highly doubt you’ll go to jail, is there a court date or something? Were you aware that you were required to get a base pass? Also, how did you get on in the first place? I’m assuming you came through the front gate in your boyfriend’s car and the gate guard checked your driver’s license and just let you on. If you weren’t cutting wire and running around in restricted areas I’d assume at the most you’ll get a fine, maybe banned from the base. If you have the opportunity to go to court and explain that 1. You aren’t familiar with military culture (knowing about the need for a visitor’s pass 2. You entered the base through a checkpoint and were allowed on by the guard (so how were you supposed to know you needed an ID). I doubt you’ll get into that much trouble though? I am in the military and haven’t heard of anybody going to jail for that unless they were activists trying to destroy equipment”, said one poster on the blog.

I recently reviewed a disturbing blog online talking about a situation where a woman was cited for trespassing on a military base in the United States.

In that particular incident it was revealed that the woman was driven onto the military base by her boyfriend (a crew member on a nuclear submarine).

The guard at the gate only checked the boyfriends ID (not the passenger in the car).

It was also revealed that the service member in question was not only complacent in this crime, but was actively involved in this breach of security.

This woman revealed, among other things that the service member actually smuggled female into his barracks and allowed her to stay in his single occupancy room over numerous days – in violation of the rules.

She was eventually discovered by a cleaner (civilian contractor) who entered the service members room unannounced and duly reported the incident to base authorities, which subsequently cited the woman for trespassing on a military base.

In this case she was basically hiding in the barracks unnoticed by anyone in authority.

It is unknown if this woman had a prior criminal history or not because she posted under a fictitious title on an anonymous forum online seeking advice on what to do in this situation and  asking people if they thought she might go to jail or prison.

This most probably won’t happen in this case. The most hat will happen is a fine and restriction from coming onto the base again (at least until such time as her boyfriend does the right thing and marries the woman who was 10 weeks pregnant at the time. Something the reprobate is reluctant to do for whatever reason?).

We asked the Pentagon for comment on this matter and officials “hung up” the phone on us? So much for freedom of the press.

Due to the sensitive nature of this incident and its implications on national security – we are not naming the military base in question.

I should say that such incidents at US military bases in the United States are quite common and happen every day.

Filed under: Military, News
Share Tweet Pin G Plus Email
previous article: “How dare we allow this brutal killer to last much longer without being brought to justice?”, says Rep. Jackson Lee of Texas
next article: Women Vocational Training Center at Chitral