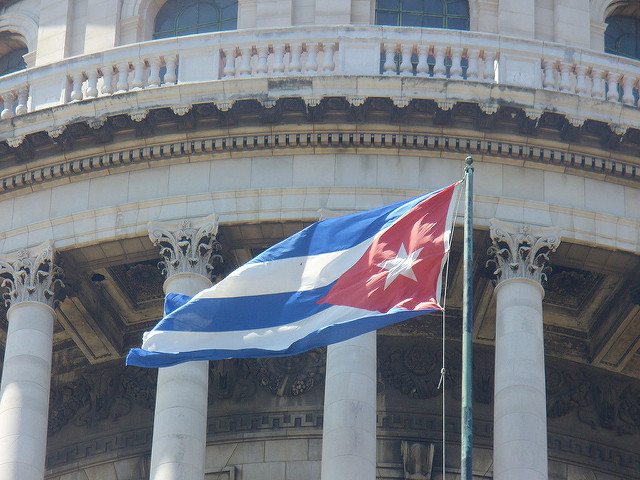 Lost among the rancor of the 2016 presidential election cycle are fascinating demographic shifts taking place as the United States slowly normalizes relations with Cuba. As Millennials find their voice in American politics, their attitudes towards Cuba, and an increasing opposition to the continuation of the trade embargo in favor of unrestricted travel and renewed diplomatic relations, is noteworthy.

On March 20th, President Obama became the first sitting U.S. President to visit the island nation since the President Coolidge over 88 years ago in January of 1928. Also of note, on March 16th, direct mail flights between the United States and Cuba took place for the first time in 50 years. With the 2016 election cycle heating up, candidates seeking to court Millennial voters may need to shift their attitudes on US-Cuban relations according.

For most Millennials, growing up well after the conclusion of the Cold War, sentiments towards Cuba lean more towards curiosity than they do towards animosity. Ask many Millennials today about their perceptions of Cuba, and you’re more likely to hear something about music, baseball, or Elian Gonzales, than you are about a 1960’s missile crisis or the Bay of Pigs.

The Latin Post highlighted changing attitudes towards Cuba prevalent among younger generations in an article featuring survey data by Florida International University’s (FIU) Cuban Research Institute (CRI). The data shows that among younger demographic groups, there are increased levels of opposition towards the continuation of the trade embargo:

A recent poll featured on Fox Business indicated that 46% of Millennials surveyed are interested in traveling to Cuba in comparison to just 36% of Baby Boomers. According to Daniel Farrar, CEO of Switchfly, Inc., the mystery surrounding Cuba following decades of embargo are a large part of the appeal:

“Cuba is super cool it’s opening up as a new destination for most Americans who in the last two or three generations never had the opportunity to go to Cuba because of all the trade embargoes associated with the country. Looking at the pictures of Cuba it’s a virtual time warp of a visual paradise that I think a lot of people especially millennials want to experience.” 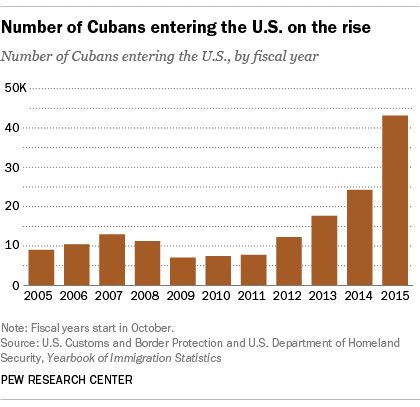 Not only is there surging interest in Cuba, particularly among younger Americans, but the level of Cuban immigration to the United States is at a historic level. For decades, immigrants from Cuba have been given preferential treatment with respect to their priority level for getting a Green Card and establishing legal residency in the U.S. For all intents and purposes, Cuban immigrants have been granted political asylum. However, as relations normalize between the U.S. and Cuba, a likely termination of the Cuban Adjustment Act of 1966 would mean the end of such preferential treatment.

In light of the growing spotlight on Cuban relations, it’s worth looking at where the various candidates stand on the issue. A recent article by the Voice of America showed generally neutral or negative feedback from Republican candidates following President Obama’s trip to Cuba.

Ohio Governor John Kasich said the US-Cuban relationship needs more balance, telling MSNBC, “I just think, it’s too much we give and they take, and I would like to see them give.”

Texas senator Ted Cruz, the sole Cuban-American candidate remaining in the race, offered a much harsher assessment of the visit, calling it “one of the most disgraceful trips ever taken by a U.S. president anywhere in the world.”

Data from the Council on Foreign Relations shows much more positive sentiment on normalization of ties with Cuba among the Democratic candidates. Hillary Clinton has suggested that as president, if Congress doesn’t end the embargo, then she would use her executive authority to further reduce travel restrictions to Cuba.

Similarly, Vermont Senator Bernie Sanders is highly supportive of ending the embargo, as he cosponsored a 2015 bill that would allow travel between the US and the island nation if ultimately passed.

According to the Pew Research Center, in 2015 Millennials overtook Baby Boomers as representing the highest percentage of the U.S. population of any generation. With more Millennials and more Cuban-Americans comprising the voting population than ever before, it will be fascinating to see how Cuban-American relations factor into the Presidential race as we draw closer to election day.