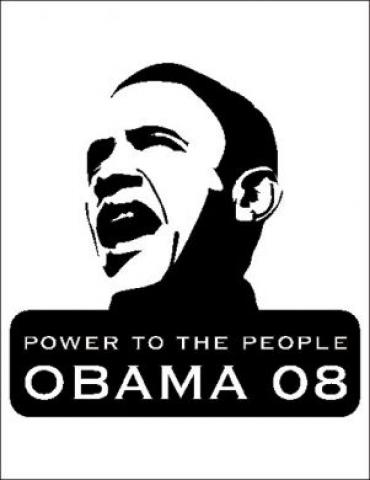 The Mine Workers (UMWA) union has endorsed Sen.Barack Obama (D-Ill.) for president.

The National Council of the Coal Miners’ Political Action Committee of the 105,000-member union voted unanimously today to back Obama and mobilize its members in support of his campaign.

UMWA President Cecil Roberts said Obama will fight for issues important to miners and all working families, such as health care, Social Security and safety on the job.

We are extremely proud to make this endorsement today. Sen. Obama shares the values of UMWA members and our families. He understands and will fight for the needs our members have today and the hopes our members have for a secure future for themselves and their families. Most of all, Sen. Obama will implement the clear change in direction UMWA members—indeed, all American working people—must have if they are to once again move forward and have a true opportunity to realize the American dream. After eight years of being pushed aside by an administration, which neither respects nor values the contributions American working families make to our society, we are looking forward with great anticipation to a new era in our nation starting with the inauguration of President Barack Obama on January 20, 2009.

The two other unions that initially endorsed Edwards—the Transport Workers (TWU) and the United Steelworkers (USW)—also have given their endorsements to Obama.

The Communications Workers of America (CWA) and the UAW have announced they will not make endorsements during the primary season. The Fire Fighters (IAFF) union, which endorsed Sen. Chris Dodd (D-Conn.), has not announced a new endorsement.

In August, the AFL-CIO Executive Council said it would not yet make an endorsement for a 2008 presidential candidate, freeing AFL-CIO unions to endorse candidates for the caucuses and primaries. The AFL-CIO will continue the Working Families Vote 2008 campaign to help elect a worker-friendly Congress and president.

Filed under: Politics, US
Share Tweet Pin G Plus Email
previous article: McCain: Out of Touch on Trade
next article: Hunger Striker Hospitalized, Others Rally on Capitol Hill