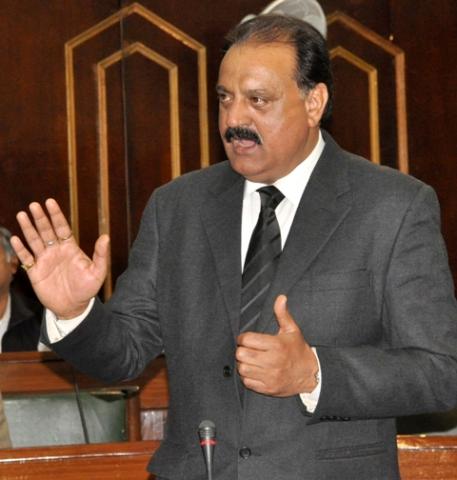 , February 29 (Scoop News) –     Minister for Industries & Commerce,  S.S. Slathia today clarified that extraction of minerals from the hills located around the Katra will have no impact on Trikuta Hills. He said the project has been started after obtaining necessary clearance from the environment department and there would not be any impact on the Trikuta Hills and on the sanctity of Shri Mata Vaishno Deviji shrine. He said the project in question is situated at the considerable distance from the Trikuta Hills and there is hardly any impact on the entire area or environment. He said the department can provide entire record pertaining to the project for the perusal of the House, if required.

The Minister was reacting on the issue raised by Prof. Chaman Lal Gupta in the House during the Zero Hour.

Minister for Agriculture,  Ghulam Hassan Mir today informed the LA that the Department has provided 17 quintals of potato seed to the farmers of Bani, but due to the late sowing, the potato crop did not yield the desired results. He clarified that the department conducted an inquiry on the request of MLA Bani and found that the quality of seed was fine but it was only due to late sowing the crop did not produce the desired result.

However, for the satisfaction of the MLA Bani, the Deputy Commissioner, Kathua has been asked to conduct a fresh inquiry with the help of SKUAST expert and submit the report at the earliest, the Minister maintained.

The Minister was reacting on the issue raised in the House during the Zero Hour by the MLA Bani,  Lal Chand.

Sajjad Ahmed Kichloo,  Aijaz Ahmed Jan,  Ashok Kumar,  Krishan Chander Bhagat,  Vikar Rasool forcefully raised the issue of heavy snow fall and huge loss of life and property of the people in their areas. They sought immediate relief measures for the affected people and demanded a special survey for assessing the loss for appropriate compensation.

Nazir Ahmed Gurezi demanded relaxation of rules for the students who are seeking admission in the higher courses by the students of hilly region where education opportunities are less. He also demanded introduction of more streams in the Degree College Gurez.

Irfan Shah called for improving drinking water facilities in his constituency. He asked for extending the benefits of Rangil WSS to his area.

Ashwani Sharma,  Charanjeet Singh and  Balwant Singh Mankotia drew the attention of the House towards the plight of striking Safai Karamcharis and Home Guard volunteers across the State. They urged the Government to resolve their genuine grievances amicably to end the stalemate.

Harshdev Singh demanded regularization of lecturers and other categories who fulfill the criteria.

Er. Abdul Rashid demanded enhancement in the remuneration of Personal Assistants of  the MLAs.

Mir Saifullah urged the Government to table the Bloeria Commission Report in the House. He alleged that there are flaws in the Report and it should not be implemented before proper discussion.

Ch. Mohammad Ramzan raised the issue of charging unreasonable fare by Private Airlines and private transporters from to and different destinations, particularly during the bad weather. He urged the Government to take appropriate measures to safeguard the interest of common man.

Bharat Bushan demanded taking up of some road projects in his Constituency on priority.

Kafeel-ur-Rehman demanded restoration of power supply in the snow bound areas of his Constituency.