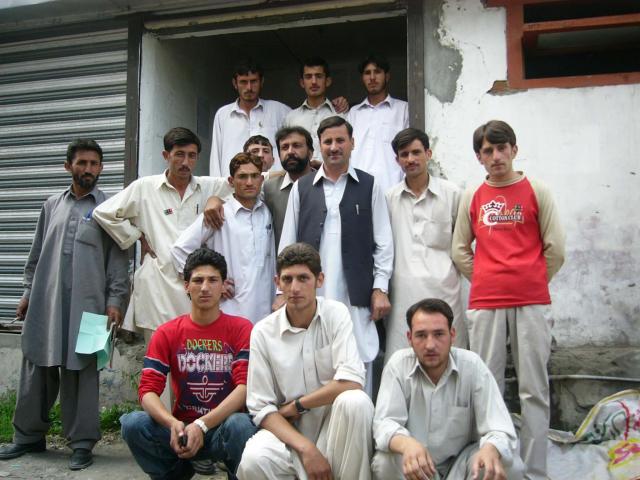 Minister announced opening of at Booni.

CHITRAL: NWFP Minister for Population Welfare Saleem Chitrali announced opening of a new Reproductive Health Center (RHC) at Booni while Family Health Care center would be open at each union council of Chitral.  NWFP Minister for Population welfare while chairing a high level meeting with male and female staff at Population welfare office Chitral assured the staff for revising in service structure for up-gradation their Basic Pay Scale. District Population Welfare Officer Fazal Azeem said while briefing the Minister that PW staff has distributed 23163 condoms for birth control and 1774 injection. Hence there is no woman medical officer at reproductive of Chitral as a result people suffering a lot of problems. Minister directed DPWO to arrange immediately a local lady doctor on part time basis as budget is already lying in this head.  He also expressed his concern over less attendance in Family health care centers and directed all staff to assure their attendance. He said that he will arrange surprise visit of different centers and stern action would be taken against defaulters one.

He said that I want to prove Chitral as a model district for population welfare performance and this is only possible by your fully cooperation he stressed.  Some staff demanded for merging of lady health workers in population welfare for streamlining their performance. On this occasion the provincial minister also assured them for reforming in service structure and revising their pay scale after proper counseling with Federal government.  Some lady staff complained that they are giving only rupees 250 per month as traveling allowance and they have to travel for a long distance on this Provincial Minister assured them to increase their TA. He also directed for equally distributing of fire wood allowance among all staff. He also directed ministerial staff to not worry and exploit rights of female staff other wise stern action would be taken against them.

Some male mobilizers complained that they are drawing only 4000 and that is why most of MM resigns from service as there is no job security.  Minister assured them for giving them preference in new recruitment on permanent basis. Hence he emphasized on male staff to prove their efficiency and conduct more field visits to motivate male for birth control as we living in a male dominating society. He said that you should to achieve your target and declare Chitral as a model district in this regard. Some staff also registered their complaints before the Minister for supplying them of sub standard quality medicines. Provincial Minister also paid a visit to office of Peoples student Federation and thanked students federation for their fully cooperation during the election campaign.  He said students of our country have contributed rich and they are more motivating towards leadership by this way. Provincial Minister also attended a Lunch party hosted by Population welfare department in his honor.