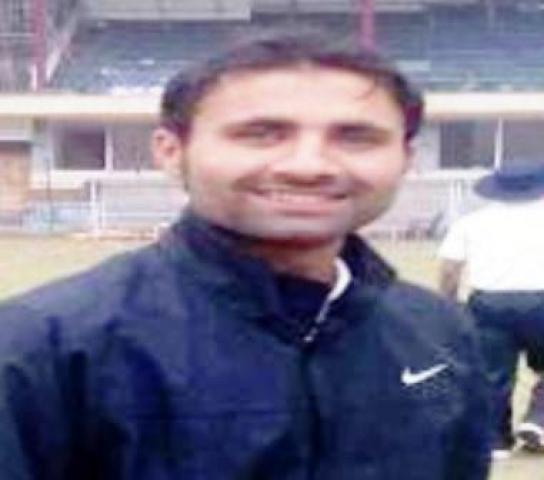 , January 03 (Scoop News) –Minister for Youth Services and Sports   R S Chib Thursday complimented an all-rounder cricketer Parvez Rassol from state, who has been included in the 14-member A group for the practice match against visiting on January 6th, 2013 at .

The24 year old Parvez Rassol hailing from Bijbehara is a right-hand batsman and slow bowler, who has been playing at various championships.

It is pertinent to mention here that Parvez represented Anantnag Arsenal team of Anantnag district in Kashmir Premier League (KPL) which was the joint endeavour of Department of Youth Services and Sports, Army and Jammu & Kashmir Cricket Association.

Born in a moderate family at Bijbehara, the youngster has become the fourth cricketer from the JK state and third from the Valley to represent at international level. Parvez started cricket from his school when he participated in under-14 inter-district cricket tournament representing his Islamia High School Bijbehara

He has become the first cricketer from the team to be selected in an Indian team to play an international side and the fourth – behind Abid Nabi, Surendra Singh and Abdul Qayoom Baghav to be picked in a national-level squad.

Parvez has been rewarded for a strong showing with both bat and ball in J&K’s otherwise disappointing run in this year’s Ranji Trophy. He finished on top of both batting and bowling charts for the team with 594 runs, including two centuries, and 33 wickets.

He thanked former left-arm spinner Bishan Bedi, who is J&K’s coach, for playing a big role in his development.

. "It is a proud moment for ,", said Abdul Qayoom Baghav of Bijbehara, bowling coach of the J&K team. He said that it’s a moment of pride for the whole of and particularly the Bijbehara.

Imran Shah Khaki of Bijbehara said, "I congratulate the youngster for his achievement and inclusion in -A team." He got what he deserved," Imran told Scoop News.

Javed Ahemad,a cricketer from said , Parvez is a very good all rounder and ultimately the performance of J&K team has been acknowledged”. "It is just a start and there are so many in the state, who deserve to be there in the team," the cricketer said, adding that Parvez will be an inspiration for the upcoming youngsters.